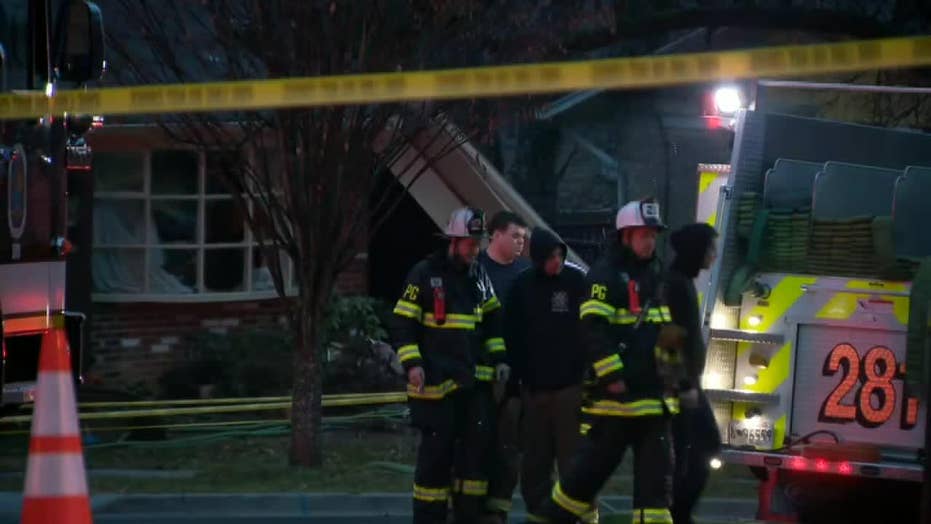 One person on board the plane was declared dead at the scene. The house was not occupied.

A small plane crashed in the Maryland suburbs of the nation’s capital Sunday, killing the pilot, according to investigators.

The crash unfolded in the neighborhood of Lanham in the northeastern section of suburbs near Washington, D.C., shortly before 3 p.m.

The plane struck a home’s carport before it broke into many pieces on the ground, said Mark Brady, a spokesman for Prince George’s County fire and emergency services.

The plane and the carport caught fire, but the flames have been extinguished, he said.

The carport was attached to the house, near an intersection about two miles from a local airport.

The National Transportation Safety Board said a Grumman American AA-5 crashed in the Maryland suburbs of the nation’s capital Sunday, killing the pilot. (Adrian Pingstone)

The National Transportation Safety Board took over the investigation, tweeting: “The NTSB is investigating the crash Sunday of a Grumman American AA-5 in College Park, Maryland.”

The identity of the pilot, who was the lone person aboard the aircraft, wasn’t immediately known.

There were no reports of any injuries on the ground.