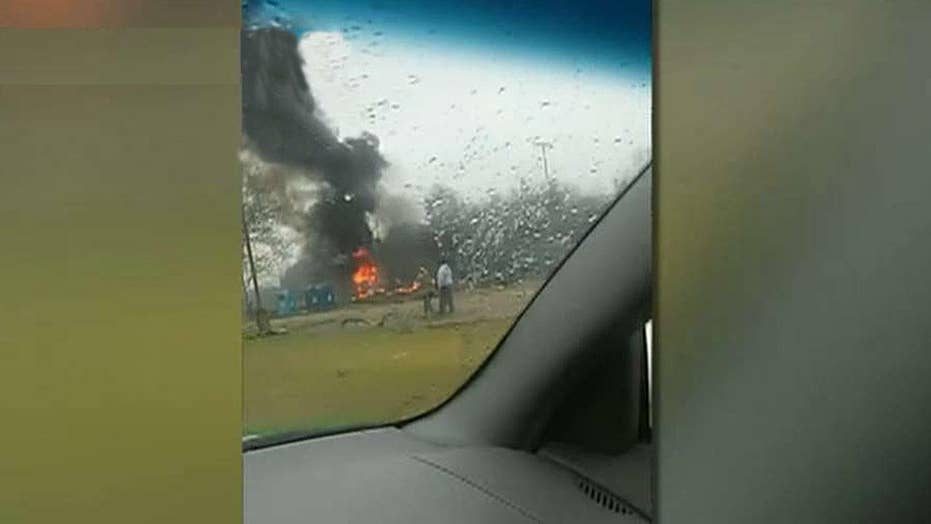 Sports reporter Carley McCord was one of five people killed in a small plane crash in Louisiana on Saturday while en route with friends to the Peach Bowl to watch Louisiana State University play Oklahoma.

McCord, 30, whose father-in-law is LSU’s offensive coordinator Steve Ensminger, was a native of Baton Rouge, La.

After college, she cut her teeth reporting on the Cleveland Browns before returning to Louisiana where she eventually became a sports reporter for WDSU-TV in New Orleans, the station reported.

“Carley certainly was a spark to our sports department,” WDSU anchor Gina Swanson said while reporting the story on air. “Carley added just a light to you guys,” she told the sports team.

WDSU sports anchor Fletcher Mackel said he had found a kindred spirit in her because she was so outgoing and energetic.

“It’s still hard to believe that she’s not here,” Mackel said while holding back tears. “It is still kind of hard to process.”

As a freelancer, McCord worked for ESPN, Cox Sports Television and was the digital media reporter for the Louisiana Sports Hall of Fame.

“We are devastated by the loss of such an amazing talent and valued member of our WDSU family,” WDSU President and General Manager Joel Vilmenay said in a statement. “Carley’s passion for sports journalism and her deep knowledge of Louisiana sports, from high school to the professional ranks, made her an exceptional journalist."

The Saints and Pelicans in a joint statement said they are “devastated” by her death and her “infectious personality” and “knowledge” entertained their fans.

A sixth passenger, Stephen Berzas, 37, was hospitalized in critical condition, according to The Advocate of Baton Rouge.