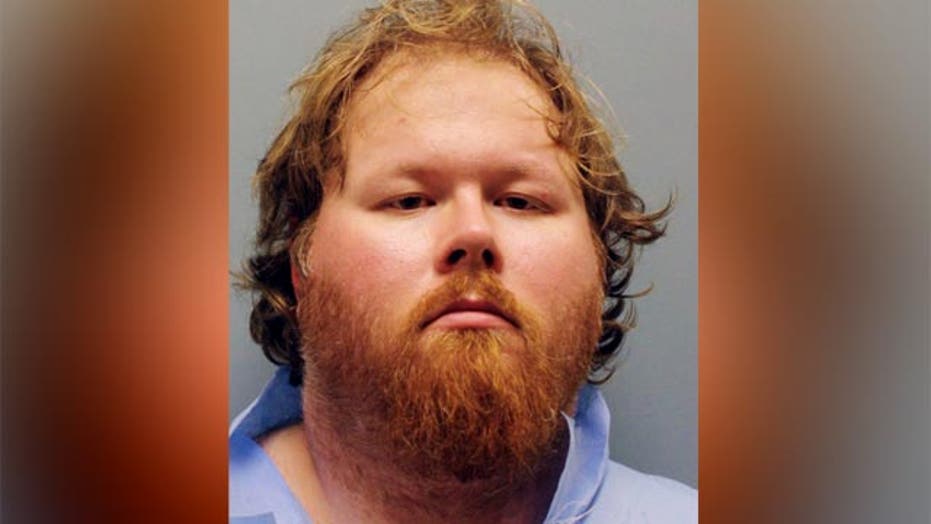 The suspect in a Texas family massacre wore a FedEx disguise to gain entry into a home Wednesday evening where police say he fatally shot six people, including four children, before turning himself in after an hours-long standoff.

Ronald Lee Haskell, 33, arrived at the Spring, Texas, home and kicked in the door when a 15-year-old girl attempted to close it, KPRC-TV reported. Haskell allegedly gathered them in the home and waited for their parents to arrive, The Houston Chronicle reported. When the parents arrived, he allegedly put them into a room and opened fire.

"I have not personally in 40 years seen a tragedy in one family that is this horrific," Ron Hickman, the Harris County Precinct 4 constable, told the paper.

The children killed were two boys ages 4 and 14, plus two girls ages 7 and 9. Their parents were Katie and Stephen Stay, according to court documents. The father, a real estate agent, was 39 and the mother was 33, according to Harris County Sheriff's Deputy Thomas Gilliland.

Haskell and his wife were in the process of divorcing, authorities said.

A FedEx spokeswoman said that Haskell was a delivery driver employed by a FedEx service provider, but has not worked for the company since January.

Authorities said the wounded 15-year-old girl, who earlier tried to close the door on Haskell, was shot in the head but was able to call 911 and told the operator that Haskell planned to kill her grandparents at their nearby home.

Hickman said that after Haskell left the home the injured teenage girl -- also a daughter of the murdered couple -- contacted authorities telling them the shooter was en route to shoot other family members.

Law enforcement personnel located Haskell's car and a low-speed chase ensued, ending in a cul-de-sac, Hickman said. A standoff then lasted more than three hours before Haskell exited the car, sank to his knees and surrendered.

Online jail records did not list an attorney for Haskell.

The sheriff's department said precinct deputy constables were called to the house about 6 p.m. Wednesday and found the parents and three children dead. Another child later died at a hospital.

Gilliland described Haskell after the standoff as "cool as a cucumber." He said that when he and other officers first approached, Haskell was "just sitting in his car looking out at us."