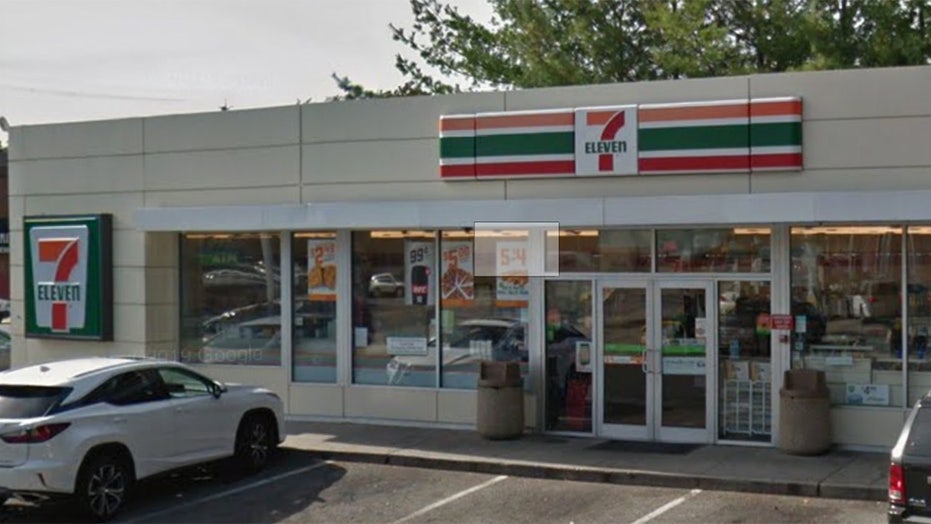 A white man went on a racist rant to a 23-year-old Asian at a 7-Eleven in Queens, blaming Asians for the coronavirus pandemic, before pushing the victim to the ground.

The New York Police Department's Hate Crimes Task Force is investigating the incident that took place on Saturday, after officers were called to the convenience store due to a "verbal dispute with an unidentified male who made an anti-Asian statement and pushed him to the ground," a spokesperson for the NYPD told Fox News in a statement.

Police were called to the 7-Eleven at 218-01 Northern Blvd on June 13 with reports of an Asian being verbally abused and physically assaulted by a white man hurling racist slurs at him.

Sungmin Kwon posted a video of the encounter on Facebook, expressing deep anger and calling the incident "frustrating" that a "trashy ignorant racist... live amongst us."

Kwon wrote in the post that he was at the 7-Eleven to get snacks when the unidentified man went on "a disgusting racist rant against asians [sic] saying asians [sic] are the cause for the pandemic, were filthly [sic], and dont [sic] belong in this country."

The man can be seen on camera trying to knock Kwon's phone out of his hand as Kwon tells onlookers he was assaulted by the man, who was lashing out with his hands and hurling insults at him.

Kwon also took a photo of his attacker's license plate number and posted in on Facebook, saying he hopes the police can catch him soon.