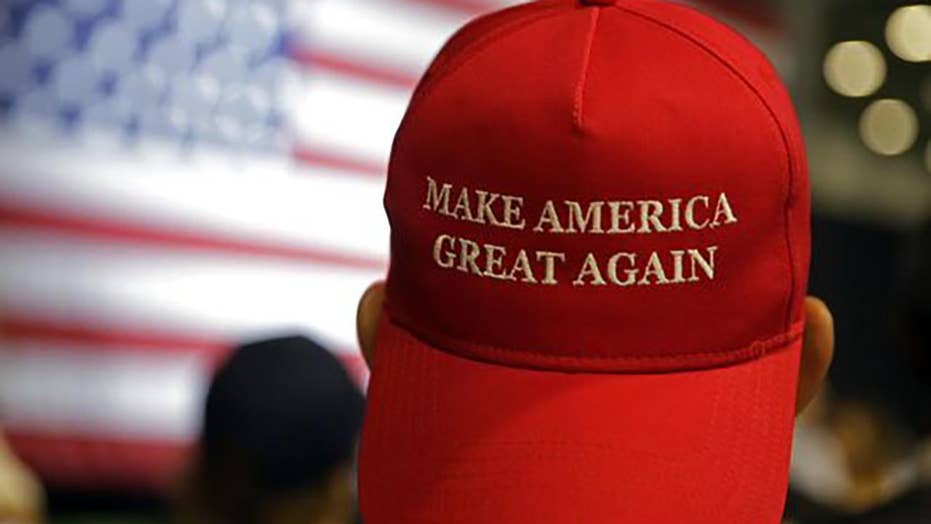 Authorities in California arrested a man in connection with an assault last month in which another man wearing a "Make America Great Again" hat was attacked in the bathroom of a restaurant.

The Hermosa Beach Police Department said in a news release that David Delgado, 32, was arrested Tuesday at his home in Winnetka, Calif., on suspicion of robbery and battery with serious injury.

The attack took place around 6:40 p.m. on Sept. 2 inside a restaurant in downtown Hermosa Beach.

The victim was wearing a red hat with white Russian writing on it that translated to "Make America Great Again," according to police.

Delgado allegedly approached the victim as he was using the restroom at the restaurant.

California chef apologizes, deletes tweets where he also compared the MAGA hat to a swastika and a white hood.

After the victim fell to the ground, police said Delgado continued to punch the victim before eventually stealing his hat and fleeing from the restaurant.

Authorities said they used "investigative resources and surveillance footage" in order to identify Delgado as the suspect and arrest him at his home without incident.