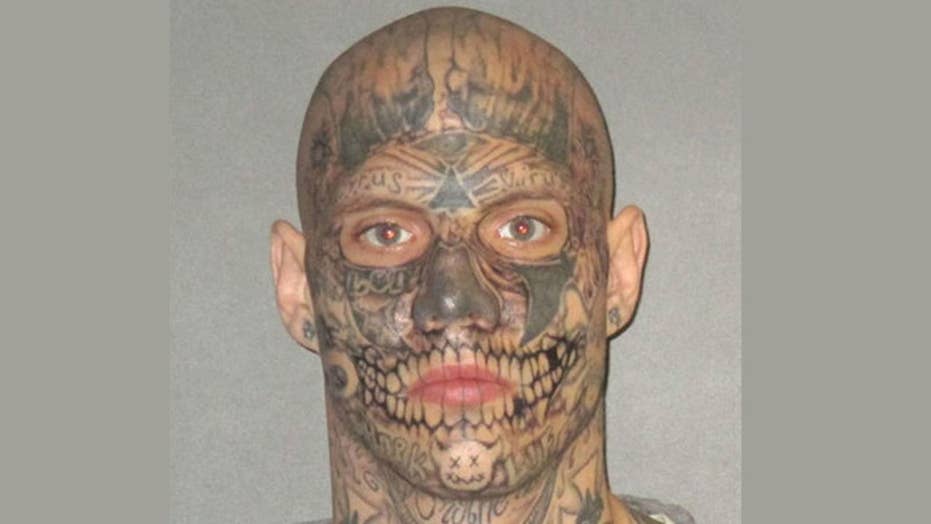 Louisiana attorney asks whether or not jurors will judge his murder client's face tattoos.

An attorney representing a Louisiana man charged with murder asked for jurors who will overlook his client's face tattoos — which include skull horns and a set of teeth.

William Bottoms Jr., 29, faces two counts of second-degree murder stemming from the deaths of two men in June 2017. They were found shot in the head, in the back seat of a car, covered with a sheet.

THESE TATTOOS COULD HELP TRACK CHRONIC DISEASES LIKE DIABETES

In court on Monday, prosecutors didn't mention Bottoms' face and neck tattoos to 14 potential jurors, but Bottoms' defense attorney, Jarvis Antwine, made note of it, The Advocate reported.

"That's the first thing you see with him," Antwine told jurors, explaining that he's looking for jurors who won't judge Bottoms.

Most of the potential jurors said they didn't see a problem with Bottoms' tattoos. One woman said she doesn't care for them, but said she won't judge the double-homicide suspect for them. Another potential juror — a woman with three tattoos — wasn't selected to join the jury.

Bottoms faces a mandatory sentence of life in prison if found guilty, according to the news outlet.

His girlfriend, Megan Gaylord, is scheduled to testify for prosecutors. Gaylord told investigators that she, Bottoms and the two now-dead men did drugs together before Bottoms became paranoid and killed the men.