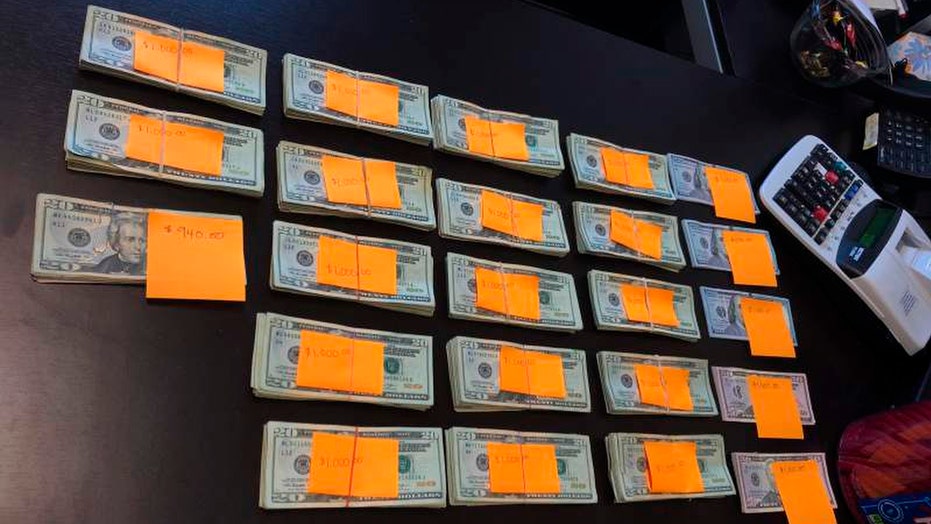 An Oregon man's life savings almost ended up entombed in a California landfill.

The man from Ashland, Oregon had inadvertently thrown out a shoebox -- that contained more than $23,000 in cash -- on Thursday, tossing the box into a recycling bin outside his home. When he realized his mistake, the bin had already been emptied onto a truck bound for the Recology sorting facility in Humboldt County in Northern California.

The facility's general manager told the Santa Rosa Press-Democrat most of the recyclables from the truck had been sorted by the time the man contacted Recology. Workers were nonetheless told to be on the lookout for the box.

“But then the box showed up and came down the sorting line and we were all excited to see it,” she told the newspaper.

This Friday, Aug. 2, 2019, photo provided by Recology, shows nearly $23,000 in cash discarded at a recycling bin in a shoebox, which was recovered by a worker at the Samoa Resource Recovery Center operated by Recology in Samoa, Calif. (Brian Sollom/Recology via AP)

Workers were able to recover all but $320 from the shoebox. The money somehow stayed in the box during the 200-mile trip to the facility.

“We take quite a bit of material every day so the odds of finding that are not much better than a needle in a haystack," Wise told the Press-Democrat

The man, who has yet to be identified, was "ecstatic" when Wise called to tell him the money was found. He was making the trip to the facility to claim it on Saturday, according to the paper.