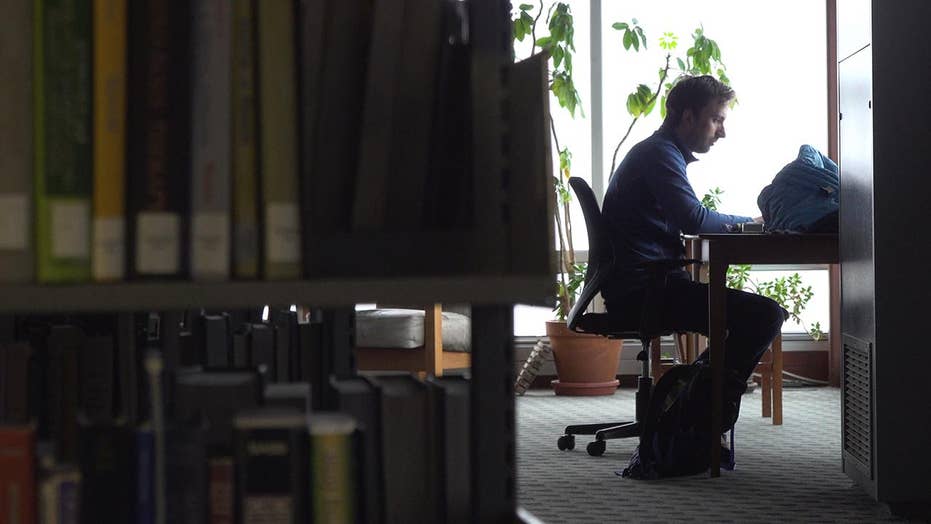 As many as half of all colleges and universities will close in the next decade, according to one researcher.

MARLBORO, Vt. – Economists and higher education experts are warning small liberal arts colleges across the country to brace for the worst.

At the end of the spring 2019 semester, six institutions from Vermont to Oregon are expected to shut their doors due to financial woes, adding to a growing list of private liberal arts colleges failing to stay afloat.

At Marlboro College in southern Vermont, the student body of roughly 200 is well-aware of the school's financial difficulties.

"If you say something to one person, the entire school is going to know it in a week," said Sage Kampitsis, a senior at Marlboro.

The college has gotten innovative with new ways to raise money, like throwing community fundraisers and looking at new methods of recruitment. With other rural Vermont colleges boarding up, like Green Mountain College a few miles away, Marlboro College's president Kevin Quigley is working to defy the odds.

"Underway is really an effort to kind of shift our financial model where, at a place like Marlboro, we have challenges," said Quigley. "We recognize those challenges and we're working to address them."

Over the years, as tuition across the country has soared, colleges have been discounting tuition to make themselves more attractive to prospective students. Larger universities do not rely as heavily on tuition as a primary source of revenue, making it difficult for smaller colleges to stay competitive — and realistic for low-income and middle-class families.

"That's really a double whammy that adversely affects the finances of these small colleges," said Quigley.

Kampitsis, like most others, said the financial aid they received from Marlboro made going there feasible for them. Marlboro, which is in better shape than most with minimal debt and a larger endowment than most, just lowered the sticker-price tuition to better reflect what students will actually be paying.

"The bigger colleges across the country and the elite schools don't have this problem because they are still able to attract students," said Horn, the higher ed researcher.  "These large endowments are often public sources of funding that allow them to get by this demographic cliff we're starting to hit."

That demographic cliff: the pool of 18-year-olds looking to go to small rural colleges is declining, instead favoring urban universities with better networking opportunities. Kampitsis also sees a shift in focus away from liberal arts to more marketable majors for potential employers as a contributing factor.

"Things like sociology, anthropology, psychology, philosophy, history — they're not the majors that are like really big in the job market," Kampitsis said. "They're not the things are making a lot of money. And so those since those majors are losing their economic value, they then, in turn, lose their moral value."

“Make no mistake. This is an existential threat to entire sectors of higher education, and New England is, unfortunately, ground zero,” said UMass President Marty Meehan at a State of the University speech last month. UMass recently purchased the doomed Mount Ida College in Newton, which it now plans to turn into a satellite campus.

Meanwhile, colleges elsewhere in the country are increasingly meeting the same fate.

Recent closures of small liberal arts colleges in the U.S.

"I think it's going to be really brutal in some of these rural communities where the small liberal arts school is the mainstay of the economy," said Horn.

Some small schools are hoping to remain viable by developing a niche, like offering online courses or specialized programs. In northern Vermont at Sterling College, a 125-student campus focused on ecology and environmentalism, enrollment is up.

Horn said thinking outside of the box could mean life or death for these schools.

"These new sources of revenue could be found through innovation like using online learning to take strengths that maybe you uniquely have on your campus and start to be able to attract students across the region or even nationwide," Horn said.

Another strategy, like in the case of Mount Ida, has been selling out to large universities. Boston's Wheelock College has reopened as a Boston University campus.

But others, like Hampshire College in Amherst, Mass., are planning to fight for every penny to stay open—and independent.

"I think we can do this," said interim Hampshire College President Ken Rosenthal in a letter to an anxious student body. "We’ll need to raise $15-20 million over the next year, and then, over the next five or six years, perhaps close to $100 million. It’s not unprecedented, and we’ll have to move fast and work hard, but I’m optimistic."