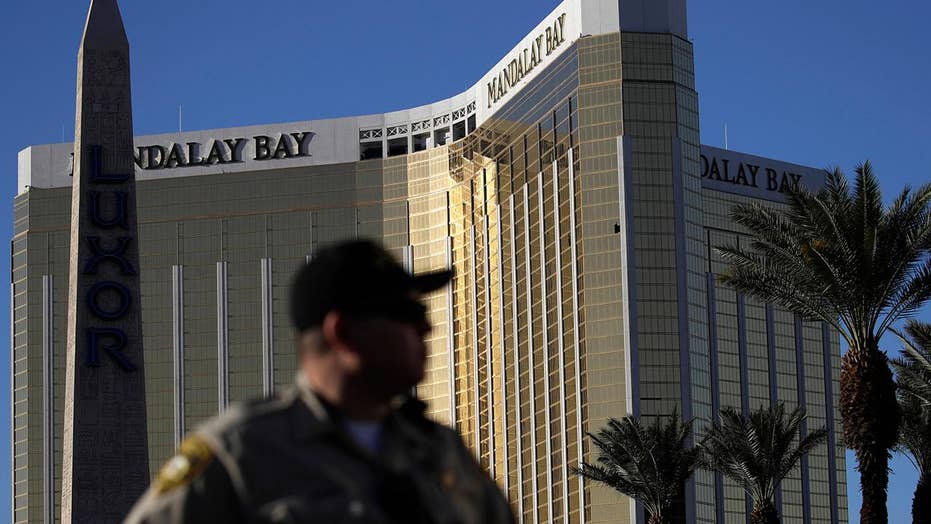 Investigators from the Bureau of Alcohol, Tobacco and Firearms questioned an Arizona man who owns a company that specializes in military ammunition.

An Arizona man who sold hundreds of rounds of ammunition to the Las Vegas shooter said Stephen Paddock told him during one of their encounters “he was going to go put on a light show.”

Douglas Haig, of Mesa, had been named by police Tuesday in newly-unsealed court documents as a "person of interest" in the investigation into the Oct. 1 massacre in which 58 people died and hundreds of others were injured.

"He said he was going to go put on a light show,” Haig told CBS News. “And I can't remember whether he said for or with his friends, but that's what he did say."

The news station reported that investigators tracked down Haig after finding an Amazon package with his address on it inside Paddock’s suite at the Mandalay Bay Resort and Casino on the Las Vegas strip, the location from which he fired on the crowd of country music concert attendees. Haig insists he didn’t see the slaughter coming.

"I felt that they were hoping that they could find a connection between myself and Paddock, that would go back showing that I supplied him with most of his ammunition, possibly even some firearms," Haig told CBS News. "They're not gonna find it. I talked to the guy three times."

Haig, who owns Specialized Military Ammunition LLC, which describes itself as “your source for premium, MILSPEC, tracer and incendiary ammunition in popular military calibers”, says he sold Paddock 720 rounds in the weeks before the attack. The rounds included tracer ammunition bullets that leave a trail when shot.

"I couldn't detect anything wrong with this guy," he told CBS News. "He told me exactly what he wanted. I handed him a box with the ammunition in it, and he paid me and he left."

"I'm still racking my brain for what did I miss. Why didn't I pick this up?"

Haig shuttered the business weeks after the attack.

"I'm still racking my brain for what did I miss. Why didn't I pick this up?" he said.

Haig’s attorney told CBS News that Haig is continuing to assist investigators in the probe.

When he spoke to Newsweek in October, Haig said he “didn’t even know who this guy was,” referring to Paddock before the attack.

“I have to think that if it was really, really serious or there was something that they thought I did that was wrong, [the agents] would have been kicking my door down,” Haig told the website.

Haig said he plans to hold a press conference this week to further answer questions about his name surfacing in the fallout of the attack.