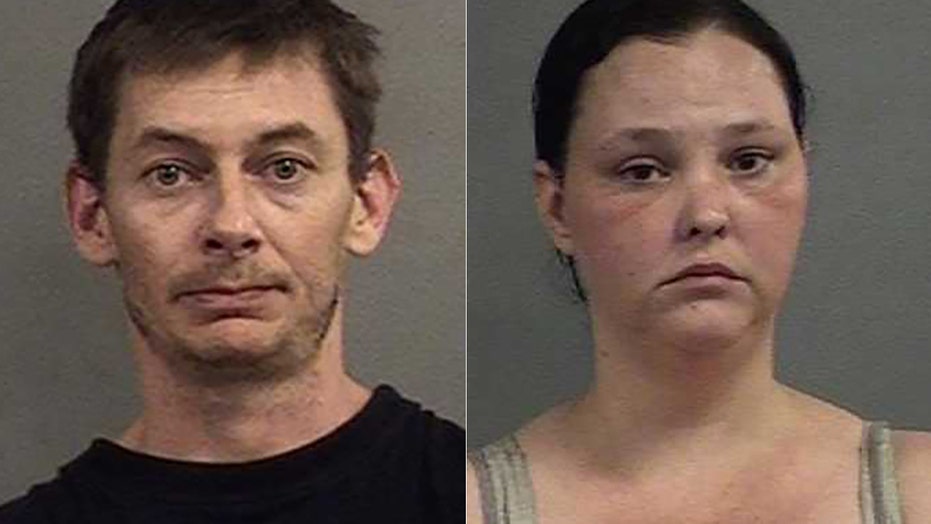 Two people were arrested and four children were removed from a Kentucky home after police discovered the house was infested with cockroaches, officials said.

Sean Landrey, 38, and Jessica Downs, 31, were charged with second-degree criminal abuse and endangering the welfare of a minor after they were arrested Thursday.

The pair was arrested after police responded to a welfare check request from a school when a 7-year-old girl arrived to class with her lip cut, according to WLKY-TV. Police arrived at the Louisville home and discovered cockroaches, cockroach feces and bedbugs on the furniture, the station reported.

In one room, police found 4- and 5-year old were sharing a small bed and a 7-year-old child had a bed that was filled with dead and living cockroaches, according to WLKY-TV. The children reportedly told officers the bugs “crawl on them and bite them” while they sleep.

A 2-year-old’s crib was found in the pair’s bedroom and police said it had scores of baby roaches on it, according to the station. A cockroach was reportedly underneath the child’s head when they removed it from the crib.

“Officers observed hundreds of baby cockroaches in the crib along with their feces and bedbugs,” police said, according to a citation obtained by the Lexington Herald. “Officers believed that the feces were in the amount of thousand plus.”

Landrey is reportedly the biological father of one of the children and the caretaker of the other three. The children were sent to live with the grandmother, according to WLKY-TV.

The complaint was “very, very disturbing,” a Jefferson County judge told Landrey and Downs, according to the Lexington Herald.

The couple was being held at Metro Corrections on $10,000 bonds.