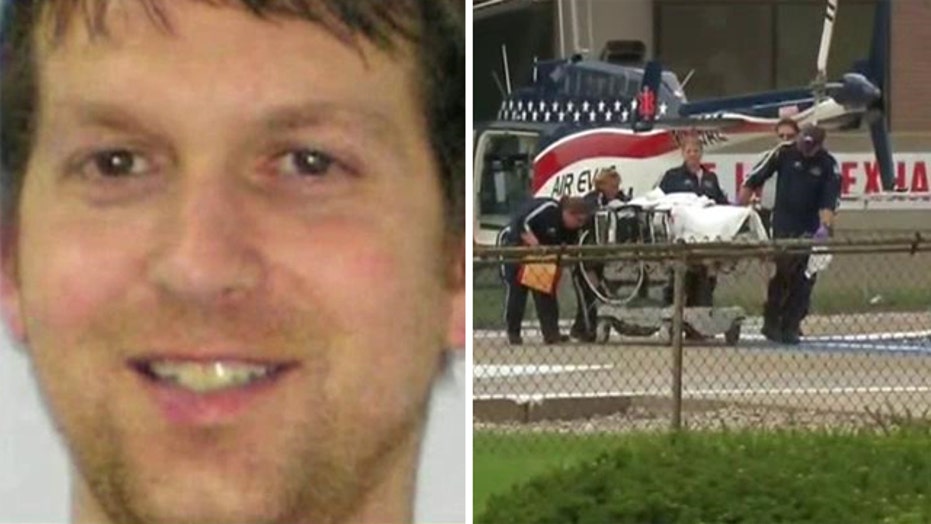 LOUISVILLE, Ky. – A central Kentucky firefighter injured in an "ice bucket challenge" has died a month after a power line shocked him and another man.

Campbellsville Fire Chief Kyle Smith said 41-year-old Tony Grider died Saturday. Grider was a captain with the department on Aug. 21. He and 22-year-old firefighter Simon Quinn were on the fire truck's ladder when it got too close to a power line after dumping water on Campbellsville University's marching band in the charity stunt to raise awareness for the disease ALS.

"His family would like to sincerely thank all of those who have been there for them following this tragic accident," Smith said.

Quinn was released from the hospital Sept. 15.

Two other firefighters were injured, but were released from the hospital.

Campbellsville Police Chief Tim Hazlette has said the power line was never touched, but it carried such a high voltage that it was able to energize the ladder truck, shocking the firefighters.

Most of the students had already left the area and no students were hurt.

The ice bucket challenge has been sweeping social media websites. The ALS Association said it has raised more than $41 million.

Campbellsville University, a private college, is a Christian institution that has about 3,600 students, according to its website. It is about 65 miles south of Louisville.