Local and federal authorities were investigating threats in an angry message to kill Kentucky school children as well as Sen. Rand Paul and Minority Leader Mitch McConnell, both of who hail from the state.

The message, which was obtained by Fox News Digital, warned of targeting both Republican lawmakers and appears to insinuate the killing of children who voted for them in threats sent to the Bowling Green Independent Schools, the Warren County Schools and the Allen County School systems.

"U want to vote mich mcconnell and rand paul then u all deal with what comes with that," the threat states. "And the only way ur gonna learn is when ur f******* racist cracker kids are on the ground bleeding out. Then you'll know what the rest of us have to live with on a daily basis because of the fascists you voted in."

Minority Leader Mitch McConnell and Sen. Rand Paul, both Kentucky Republicans, were targeted, along with school children, for death in a threatening letter.  (Associated Press)

"I want you all to look at your dead kids and know it was because of how you voted," the statement continued.

Bowling Green Independent Schools alerted the community to a threat posed to a Lexington-based website Wednesday without releasing many details.

The Bowling Green Police Department told Fox News Digital it was investigating. Fox News Digital has reached out to the school districts and the U.S. Capitol Police, as well as the offices of Paul and McConnell.

The FBI's Louisville office told Fox News Digital it was aware of the threats.

"While we have no indication the threats are credible, we are taking them seriously and are actively working with local authorities to identify those responsible," an FBI statement said. "Issuing a threat – even over social media, via text message, or through email – is a federal crime (threatening interstate communications). Even if these threats are deemed hoaxes, they could still be prosecuted as federal crimes. 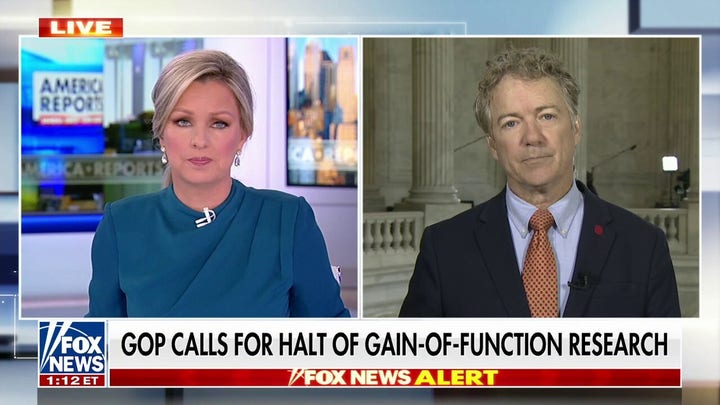 "Hoax threats are not a joke as they disrupt school, waste limited law enforcement resources, and cause unnecessary distress to our students, school personnel, and parents," the agency said.

The person who posted the threat also said they would like to kill former President Donald Trump but "I can't get to them sadly but I can get to your kids."

"I'll do it at a football game. I'll do it whenever. You can't stop me. I'll take a few pigs with me too," the writer said, referring to a derogatory term for police officers.

The threat ends with "See you soon" above the address for Bowling Green and Warren Central high schools and James Bazzell Middle School.