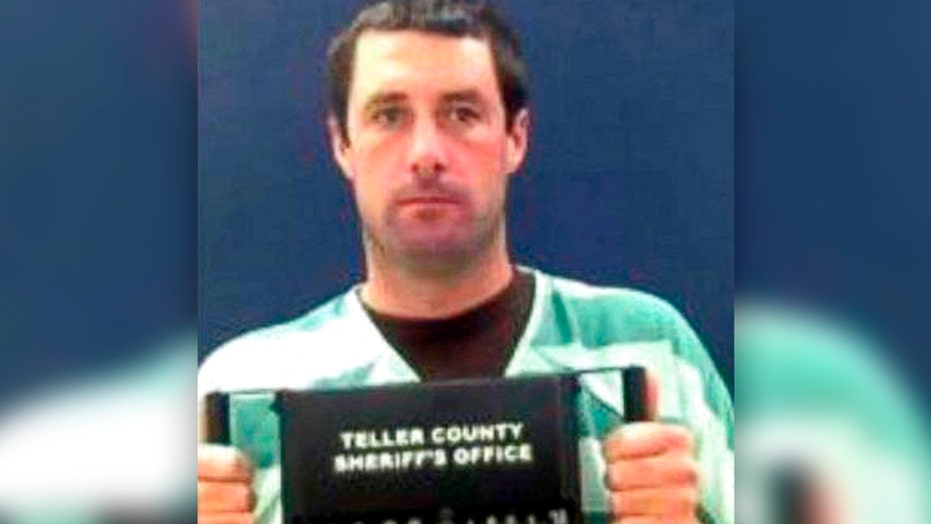 A prison inmate testified Friday that Colorado rancher Patrick Frazee, who is accused of beating his fiancee to death with a baseball bat, asked the inmate multiple times to kill the key witness in Frazee's murder trial.

Prosecutors say Frazee killed Kelsey Berreth on Thanksgiving Day 2018, then burned her body at his ranch. Frazee’s on-again-off-again girlfriend, Krystal Lee, testified that her lover asked her to help clean up the murder scene.

Inmate Jacob Bentley testified that Frazee asked him multiple times to kill Lee, her relatives, the lead investigator in the case, Gregg Slater, and others while the two were housed near each other in jail. Slater testified that Bentley provided notes with the requests and details about finding Lee that appeared to be in Frazee’s handwriting.

Frazee’s lawyer, Adam Steigerwald, questioned Bentley’s credibility. He said Bentley was expected to testify in another case that a defendant also had asked him to kill a witness.

Bentley, who said he told Frazee he was part of a prison gang, asserted that he was not promised anything in exchange for his testimony. However, prosecutor Beth Reed said Bentley had asked for cases against him to be resolved in one county.

Frazee faces charges of first-degree murder, tampering with a deceased body and solicitation, to all of which he’s pleaded not guilty. Lee pleaded guilty to tampering with evidence and agreed to testify against Frazee.

KELSEY BERRETH FIANCEE PATRICK FRAZEE TOLD PAL, 'IF THERE IS NO BODY, THERE IS NO CRIME,' ACCORDING TO TESTIMONY

The defense has focused on the lack of a body, motive and murder weapon. They also point out that surveillance video showing Frazee entering and leaving Berreth’s home on the day that prosecutors say she was killed has him wearing the same clothes without any bloodstains.

Lee, who has known Frazee for over a decade, acknowledged taking Berreth’s cellphone with her to Idaho at Frazee’s request to try to deceive investigators about Berreth’s whereabouts. Frazee’s lawyers stressed that she only spoke about what happened after reaching a deal and questioned her credibility because she initially told authorities she did not know who Berreth was.

A partial human tooth was found on Frazee’s property where Lee says she watched him burn a plastic tote containing Berreth’s body. There was not enough DNA to determine whom the tooth belonged to.

An expert testified that the burned plastic residue found next to a spot of oily dirt was consistent with a body being burned but acknowledged that motor oil could have also left a similar stain.

Defense attorneys said no DNA evidence tied to Lee was found at Berreth’s home. Colorado Bureau of Investigation analyst Caitlin Rogers said that did not surprise her because the bleach that Lee said she used to clean up destroys DNA.

While prosecutors have not given a motive, Berreth’s parents argue in a wrongful-death lawsuit that they believe Frazee wanted full custody of the couple’s daughter. She now lives with them.

Frazee declined to testify, and his lawyers didn’t call any witnesses of their own. Closing arguments in the case are scheduled for Monday.