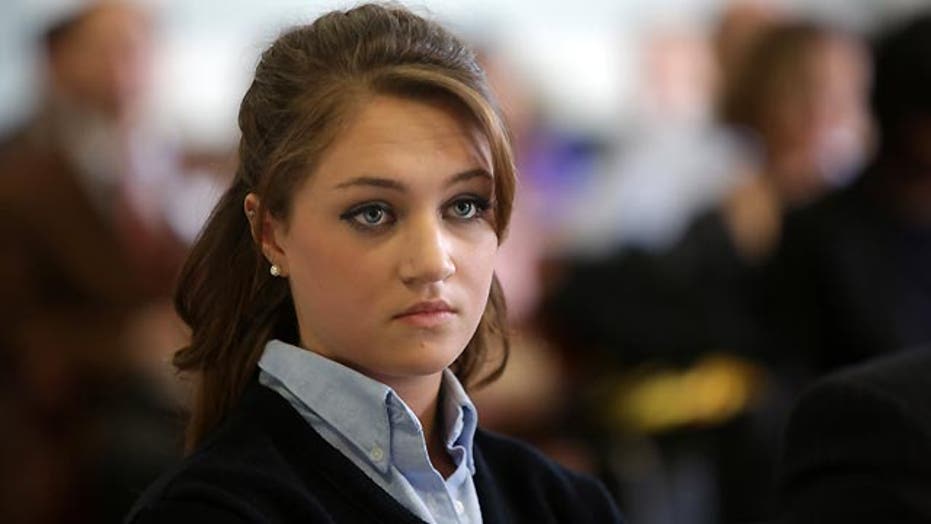 What's next for the NJ teen who sued her parents?

Now that a judge has denied an honor student's requests for financial support from her parents, despite no longer living in the same household, what's next in the case?

A New Jersey honor student suing her parents in a potentially precedent-setting lawsuit had her motions for financial support, including high school tuition payment, denied Tuesday by a judge who said it would set a bad precedent by setting limits on parenting.

Rachel Canning, 18, of Morris Catholic High School, was denied her requests for child support of $654 a week as well as thousands of dollars in attorney fees and immediate reimbursement of her high school tuition.

Morris County Court Judge Peter Bogaard also ruled that Rachel’s parents must keep her on their health insurance policy and keep status quo on all college savings accounts set up for her.

Canning claims her parents threw her out of their Lincoln Park home two days before her 18th birthday in late October, although her parents insist she moved voluntarily.

Canning's father, retired Lincoln Park Police Chief Sean Canning, told The Daily Record of Parsippany that his daughter left home of her own accord because she didn't want to abide by reasonable household rules, such as being respectful, keeping a curfew and doing some chores.

Since moving out, Canning, who has reportedly already been accepted to several colleges, has been living in Rockaway Township with relatives of her best friend. Former Morris County Freeholder John Inglesino is funding the lawsuit, the newspaper reports.

Canning sought to have her parents ordered to immediately pay tuition at Morris Catholic High School, where she is a senior. Her parents have already paid tuition through Dec. 31, but haven’t signed additional checks since Rachel left the family’s home. Administrators at the school have said they won’t kick her out for unpaid 2014 tuition, The New York Post reports.

“This whole thing is just destroying our family,” Sean Canning told The Post. “We love our daughter. She’s our pride and joy. The door is wide open. We want her to come home.”

Canning told the newspaper he and his wife have disagreed on typical family issues.

“I’m a liberal, liberal parent,” he said. “I wish I could have grown up in my house. I was tougher on my cops at work than I’ve ever been at my home, that’s for sure.”

Legal experts told The Post that the rare case, if successful, could evoke similar suits in the future.

“In my 20 years of practicing family law in New Jersey, I’ve never seen anything like this,” Brian Schwartz, chairman of the New Jersey Bar Association’s Family Law Section, told the newspaper.

Jeralyn Lawrence, the incoming Family Law Section chair, said: “This could open the floodgates of recalcitrant kids fighting with their parents, moving out and then suing for them to keep paying.”

Another  hearing to decide whether to require her parents to pay for Canning's college tuition is tentatively scheduled for April 22.