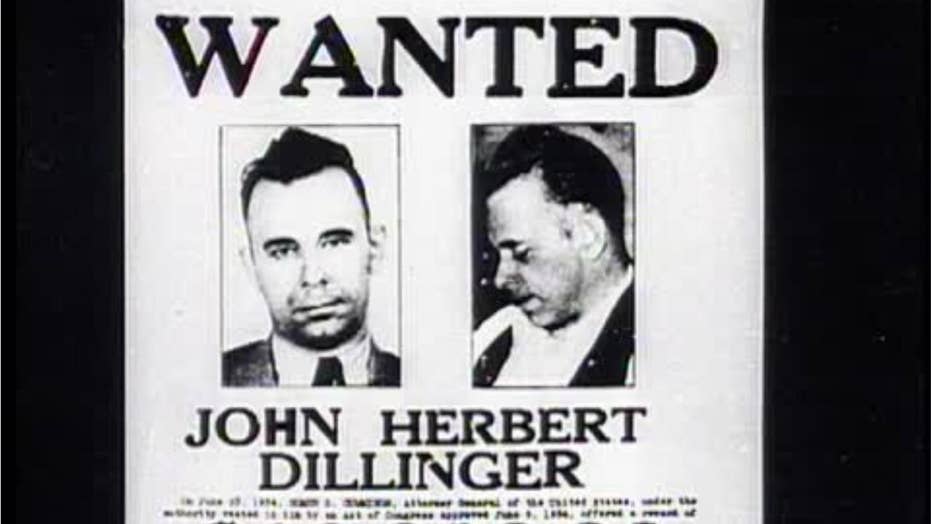 Gangster John Dillinger’s body to be exhumed from under 2.5 tons of concrete for an undisclosed reason.

The remains of notorious 1930s gangster John Dillinger – reportedly entombed beneath 5,000 pounds of concrete at an Indianapolis cemetery – are set to be exhumed decades after the infamous killer was gunned down by FBI agents.

The Indiana State Department of Health approved a permit July 3 that was sought by Dillinger’s nephew, Michael C. Thompson, and will result in the body being exhumed from Crown Hill Cemetery and then reinterred there, The Associated Press reported.

Why? Details are scarce, but a History Channel spokesperson told the Indianapolis Star it was for an "upcoming project," without elaborating.

Health Department spokeswoman Jeni O’Malley says the agency expected Dillinger’s remains to be exhumed and reinterred Sept. 16, based on the permit. The Crown Hill Cemetery said it had no information regarding the plans.

John Dillinger's body is set to be exhumed from his gravesite in Indianapolis. (Getty Images)

The FBI said Dillinger’s gang killed 10 people during bank robberies and other crimes in the 1930s – and at one point, according to Fox 59, he was charged in the murder of an Indiana police officer but was never convicted.

When Dillinger’s body was brought back to his birthplace of Mooresville, Ind., a crowd of nearly 10,000 gathered to catch a glimpse, the Indianapolis Star reported.

The gangster, who lived to be 31, was the subject of the 2009 film “Public Enemies,” in which he was portrayed by actor Johnny Depp.

Dillinger’s family reportedly ordered two and a half tons of concrete to be placed over his grave after reports emerged that attempts might be made to steal his corpse, according to the Indianapolis Star.