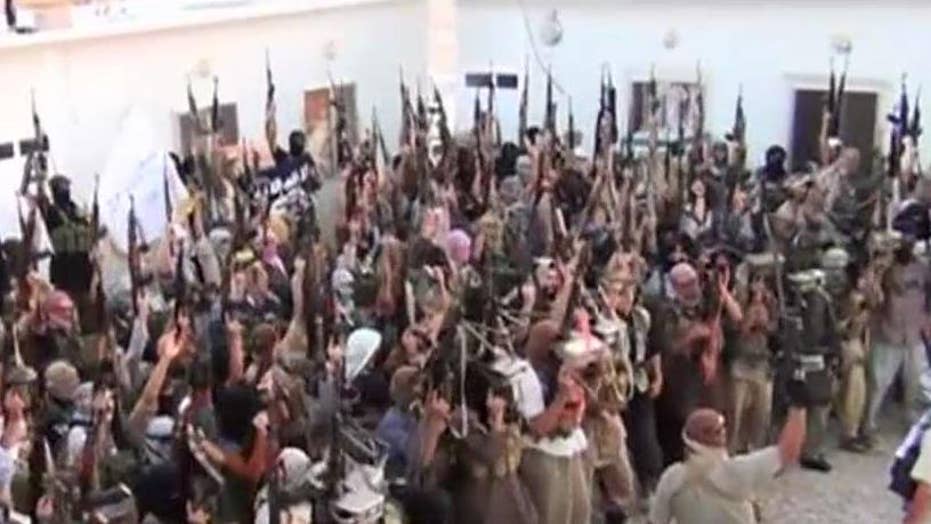 No specific threat has been made, police on high alert

ISIS is offering a detailed how-to on using trucks as weapons of mass destruction — noting that the Macy’s Thanksgiving Day Parade would be an “excellent target.’’

The terror group, in the latest edition of its new English-language magazine Rumiyah, said anyone behind the wheel can inflict as much as, or more damage than, a regular military fighter.

“The method of such an attack is that a vehicle is plunged at a high speed into a large congregation of (non-believers), smashing their bodies with the vehicle’s strong outer frame while advancing forward — crushing their heads, torsos, and limbs under the vehicle’s wheels and chassis — and leaving behind a trail of carnage,” the article said.

GASPS, TEARS AS IRAQIS RETURN TO CHURCH DESTROYED BY ISIS

“Though being an essential part of modern life, very few actually comprehend the deadly and destructive capability of the motor vehicle and its capacity of reaping large numbers of casualties if used in a premeditated manner, ” the article said.

The piece was aimed at lone wolves and included a picture of the Macy’s Thanksgiving Day Parade in Manhattan with the caption, “An excellent target.”