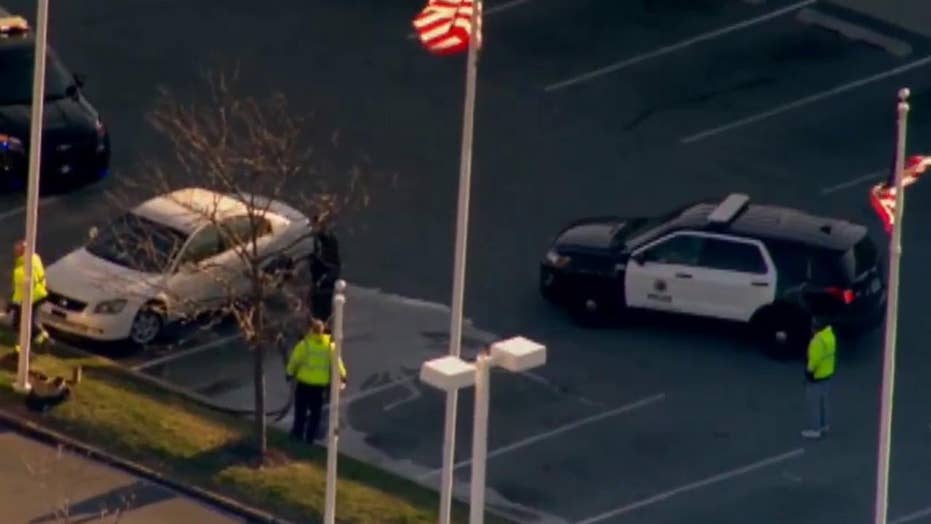 According to the Merrillville Police Department, the 3-year-old and her 1-year-old brother were sitting in the backseat of a car outside of a Plato's Closet, a second hand clothing store, as their father, later identified as Menzo Brazier, went into the store to shop. Their mother, Shanique Thomas, who is 7-weeks pregnant, stayed with the children and was sitting in the driver's seat.

Before going into the store, Brazier left his loaded 9mm semi-automatic handgun between the front passenger seat and the center console, according to police.

Shortly after, the 3-year-old grabbed the gun and it went off. Thomas told police that she heard “a loud pop like a balloon” and then realized that “a large amount of blood was coming out of her,” according to a statement from Merrillville Police Department reviewed by Fox News.

The bullet traveled through the back of the driver’s seat, through the mother's right shoulder and then out through the front window, according to police.

"We just heard screaming," Plato's Closet employee Hadassah Zirkle said, according to ABC 7. "We ran outside with a bunch of other people. Someone said someone was hurt and bleeding."

"The first thought was to get the kids out of there," Rebecca Todd, an employee at the store, said. "We grabbed them. We brought them inside, and we just tried comforting them as best we could."

Thomas, who told authorities that she was unaware that Menzo had the gun with him, was transported to a local hospital and underwent surgery. She suffered nerve damage as a result of the incident, according to the statement.

Menzo, who police found “holding a blood soaked towel against Shanique’s chest,” according to an affidavit also reviewed by Fox News, was later charged with two counts of criminal recklessness and two counts of neglect of a dependent.