Teachers in Indiana will get to decide whether or not they get shot with projectiles during active-shooter training, state lawmakers said Wednesday. (iStock)

Lawmakers in Indiana discussed a proposal on Wednesday that would allow teachers to choose whether or not they are shot with projectiles during active-shooter drills.

The proposal follows an incident in January where teachers participating in the training said they were shot with plastic pellets, without warning or consent, and were left with bruises. State lawmakers barred the practice completely last week, but now the committee has said it will allow the use of projectiles if teachers first agree to it.

"It's got to do with reality and making sure they experience the emotions and adrenaline and everything that happens in the training," Republican State Sen. Jeff Raatz told WISH-TV. "But, it's not required for anybody to participate. Again, it would only be if the teacher, as you mentioned, if a teacher would desire to be part of the training first of all." 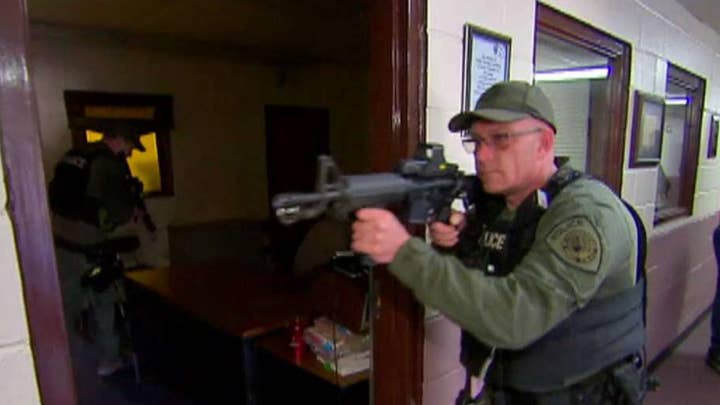 The Indiana State Teachers Association had originally asked for language that would prevent the use of projectiles, the Indianapolis Star reported. A teacher's labor union official called the new proposal a step in the right direction.

"Allowing the pellets, as an opt-in or opt-out ...or projectiles ... that's probably better than not having language at all about that," Sally Sloan, executive director of the American Federation of Teachers, Indiana, told the WISH.

The bill is headed to the State Senate floor for a vote.