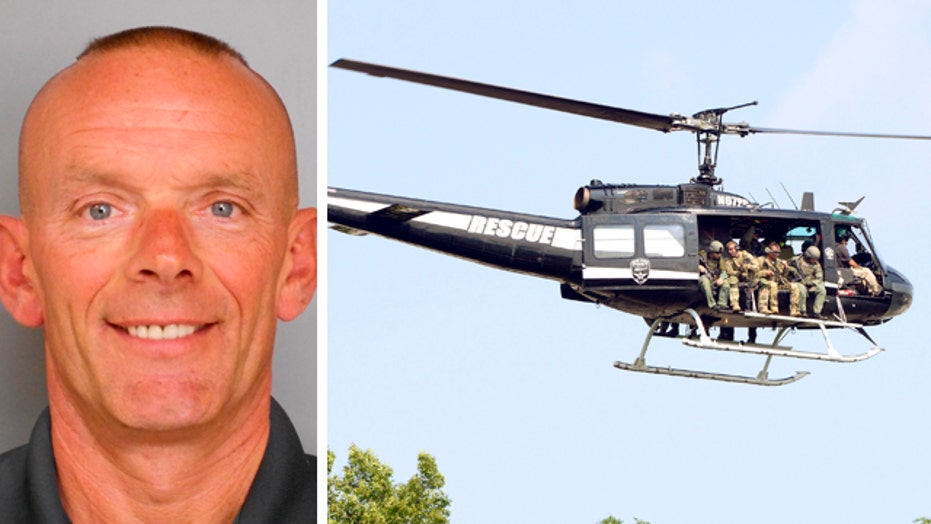 Police on the hunt for three suspects in the death of Lt. Charles Gliniewicz

FOX LAKE, Ill. – One month after an Illinois police lieutenant died under mysterious circumstances, the task force detectives assigned to the case said Thursday “the investigation continues to be a homicide investigation.”

Fox Lake Police Lt. Charles Joseph Gliniewicz -- known as “G.I. Joe” -- was shot twice with his own weapon and “there were indications that there was a struggle that took place at the crime scene,” according to George Filenko, the commander of the Lake County Major Crime Task Force who revealed new details about the inquiry during Thursday's news conference.

Gliniewicz, 52, who was a police officer for more than 30 years, was shot twice, once on his right side, in the front of his bulletproof vest, and again in the upper left chest area. The first shot was “severe enough to incapacitate” Gliniewicz and was “similar to that of a sledgehammer hitting him in the side,” according to Filenko. The second shot was the devastating shot that killed him.

Nine unknown samples of DNA were recovered from the crime scene, three of which were acceptable by the DNA-matching system and one of which was confirmed to be from a male. Authorities have taken 100 swabs from various donors -- anyone who had direct or indirect contact with Gliniewicz -- in an effort to match the samples. No match has been found yet.

Gliniewicz was found dead in a marshy area of Fox Lake around 8 a.m. on Sept. 1 by officers responding to his request for backup. Gliniewicz had been in the area, on foot, for 20 minutes before he radioed in to a dispatcher that he was in pursuit of two white males and one black male. After cops discovered Gliniewicz’s body, a massive, but ultimately fruitless, manhunt was launched to track down the three individuals Gliniewicz said he was chasing just before his death.

A lack of details emanating from the investigation has given rise to the theory that Gliniewicz may have taken his own life, and Detective Christopher Covelli did say on Thursday that “no theories to this point have been eliminated or taken off the table.”

But Thursday’s admission that there were unspecified “indications” of a struggle was the first time Lake County authorities have been able to convincingly push back on the suicide theory since it was raised.

Gliniewicz planned to retire last month, Chicago TV station WMAQ reported, but he was asked to stay on the job one more month by the police chief.