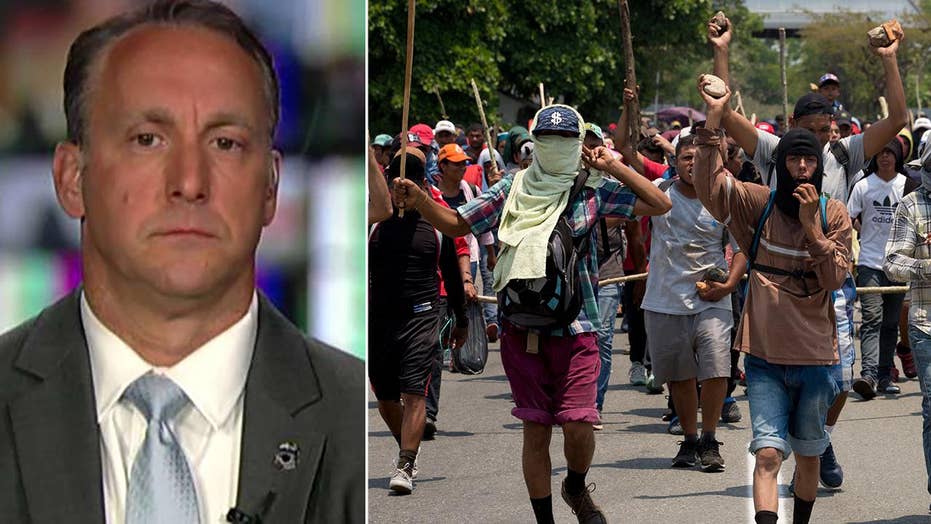 Acting ICE director: Migrants are coming to every community in this country

Acting Director for U.S. Immigration and Customs Enforcement Matthew Albence lays out his strategy to secure the border and stop the crisis on 'Fox &amp; Friends.'

Acting Director for U.S. Immigration and Customs Enforcement Matthew Albence revealed the extent of the danger migrant children face as they are brought across the border, and the actions his department is taking to defend them.

During an appearance on "Fox & Friends" Monday, Albence said the "first and primary goal" of ICE is to preserve the "safety and security" of children. In nearly 3,000 documented cases, children have been brought across the border with adults posing as a family unit to avoid detainment.

"These children are being victimized," Albence said. "We know they are being trafficked. We know they are being recycled and sent back across the border numerous times by cartels to be utilized again and placed with a nonrelative adult just so that adult can be released because they know we can't hold them."

Albence added that the agency is sending down experts on human trafficking and document fraud, forensic interviewers and victim assistance specialists to ensure children at the border aren't being exploited.

Loopholes in U.S. law that Congress refuse to change are to blame, Albence added.

Because of the massive influx of children arriving at the border and in need of care, Homeland Security agents are spending their time changing diapers, making formula and juice for babies, an investigation by "60 Minutes" on CBS revealed on Sunday.

Albence said that ICE is facing a similar problem - with limited funding and resources, they're forced to take on responsibilities outside of the job description.

"Those officers that ordinarily would be out there arresting criminals, arresting gang members, arresting public safety threats out there on the street, they are now at the border El Paso and RGV, processing families and releasing them," Albence said.

In the "60 Minutes" special, Acting DHS Secretary Kevin McAleenan claimed that unaccompanied minors and "fake" family units are coming to the United States because they know the laws, and know they'll likely be released into the country.

The solution, Albence said, is in the hands of Congress.

"Until Congress changes the laws, and fixes these loopholes, and prevents us from being able to detain these individuals, detain these families together, allow them to have their due process in accelerated fashion and remove them at the end of that process if so ordered by a judge or release them if so ordered by a judge, we will continue to have this problem," he concluded.