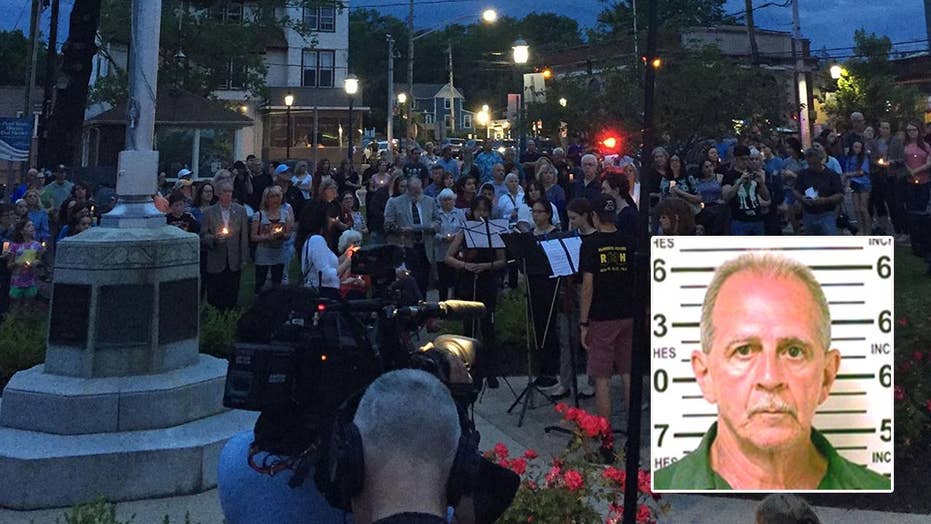 Rockland County, New York Executive Ed Day says the community is totally beside itself over the state's decision to parole one of the two men convicted in the 1980 murder of Paula Bohovesky.

PEARL RIVER, N.Y. – Hundreds of people marched silently through the streets of a suburban New York town in the dark on Saturday with candles illuminating the path taken by a 16-year-old girl who was brutally murdered as she walked home from the library nearly 40 years ago.

The peaceful protest was a plea to Gov. Andrew Cuomo to intervene in the imminent release of a man convicted in the 1980 murder of Paula Bohovesky, an honor student and aspiring actress who was beaten, sexually assaulted and stabbed to death in a crime so depraved it stunned law enforcement and shook the small town of Pearl River to its core. 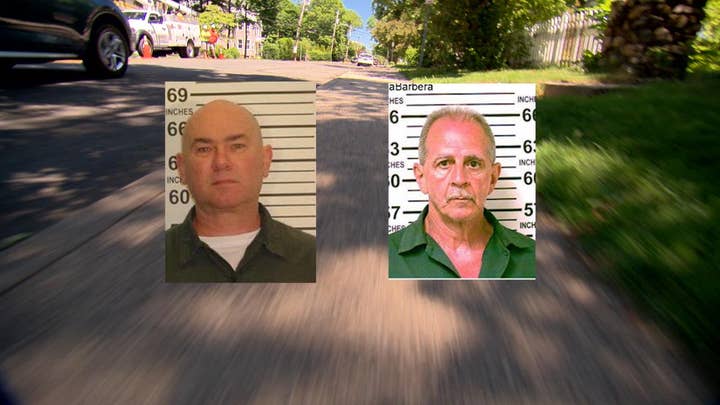 “The justice provided by the court for Paula, her family, her friends and the Pearl River community has been stolen,” Rockland County Executive Ed Day said in response to a recent parole board decision to release 66-year-old Richard LaBarbera, one of two men convicted in Paula’s murder.

“The justice provided by the court for Paula, her family, her friends and the Pearl River community has been stolen.”

“Governor Cuomo, you must take the necessary steps to have the parole board reverse its decision immediately,” Day said to applause from some 1,200 people gathered in front of the town’s gazebo. “For reasons not made known, a broken parole system that was charged to be a purveyor of justice has instead become a perversion of justice.”

LaBarbera was convicted of second-degree murder in the killing of the teen as she walked home from her part-time job at the library on Oct. 28, 1980, in the quiet hamlet, some 30 miles north of New York City.

LaBarbera and another man, Robert McCain, were sentenced to 25 years to life for the murder – the toughest sentence at that time. Last month, a parole board of Cuomo appointees informed the family that LaBarbera will be released in July – a move that shocked victim advocates, state lawmakers and a town that has never healed from the savage crime.

McCain, 58, is set to go before the same parole board next week. The two were denied parole seven times since first becoming eligible in 2005.

— Lois Bohovesky, mother of teen who was murdered in 1980

Only three states – Maryland, Oklahoma and California – allow governors to reverse a parole board’s decision. But many critics, including former New York Gov. George Pataki, said Cuomo should pressure the parole board to reconsider its decision.

In a statement to Fox News, Pataki called the decision to grant LaBarbera parole a “gross injustice” and said Cuomo “should urge the parole board to reverse this horrible decision.”

“Granting parole to Richard LaBarbera for the brutal murder of this young girl is an outrage,” Pataki said.

On Saturday, hundreds of residents — including many who knew the teen — gathered to remember the aspiring stage actress and artist who was known for her kindness and talent.

“All of us feel the tremendous loss of a beautiful person but I think the world has no idea of the talent that was taken,” said Patricia Muenzen, fighting back tears. “There are some people who just shine. That was Paula.”

“She was beautiful inside and out,” said Sharon Klass, who was Paula’s art teacher at Pearl River High School. “She was your friend — instantly. She just made you happy to be in the room with her.”

“She was beautiful inside and out. She was your friend — instantly. She just made you happy to be in the room with her.”

The details of Paula’s murder were brutal.

Shortly after 7 p.m., the teen left her part-time job at the library and walked through the center of town toward her home on Hunt Avenue. She was within one block of her parents’ house when LaBarbera and McCain – both of whom had been drinking at the High Wheeler bar nearby – noticed her crossing an intersection.

McCain quickly caught up to Paula and crushed the right side of her skull with a chunk of pavement he grabbed from the ground. He then dragged her behind an abandoned home and sexually assaulted her, while LaBarbera watched, according to police.

Believing that the teen was dead, LaBarbera then tried to sexually assault her, investigators said. When she stirred, to his surprise, LaBarbera stabbed her with a knife five times in the back, killing her, police told Fox News.

A request for comment from Cuomo’s office was not immediately returned.

In a statement to Fox News, Thomas Mailey, a spokesman for the New York State Department of Corrections and Community Supervision, said: “The New York State Board of Parole, as the sole entity that considers and determines parole eligibility, is an independent body whose members were confirmed by the State Senate.”

Mailey added: “By law, before making a final decision, the Board members must follow statutory requirements which take ‎into consideration many factors, including statements made by victims and victims’ families, as well as an individual’s criminal history, institutional accomplishments, potential to successfully reintegrate into the community, and perceived danger to public safety.”

The Bohovesky case has sparked a larger debate on prison reform. Many Republican lawmakers have claimed the state was determined to lower the prison population and, in doing so, has adopted a system that favors criminals over victims.

Many in Pearl River, meanwhile, said they will not stop fighting to keep Paula’s killers behind bars for a crime that changed their town forever.

Abigail Bohovesky, the victim’s only niece, has launched a “Say Something” campaign urging Cuomo to weigh in on the parole board’s decision.

“I was at my friend Katie’s house when Lois, Paula’s mom, came running in and asked if anyone had seen Paula,” said Patricia Stark, a former classmate of Paula’s.

“To think that you can murder a child in such a heinous and evil way and get out one day and see freedom is outrageous.”

“I will never forget the look on her face – one of panic and terror,” Stark told Fox News. “It’s been emblazoned in my mind. As a mother now, I know what she must have been thinking and feeling. It was sheer horror.”

She continued, “To think that you can murder a child in such a heinous and evil way and get out one day and see freedom is outrageous.”