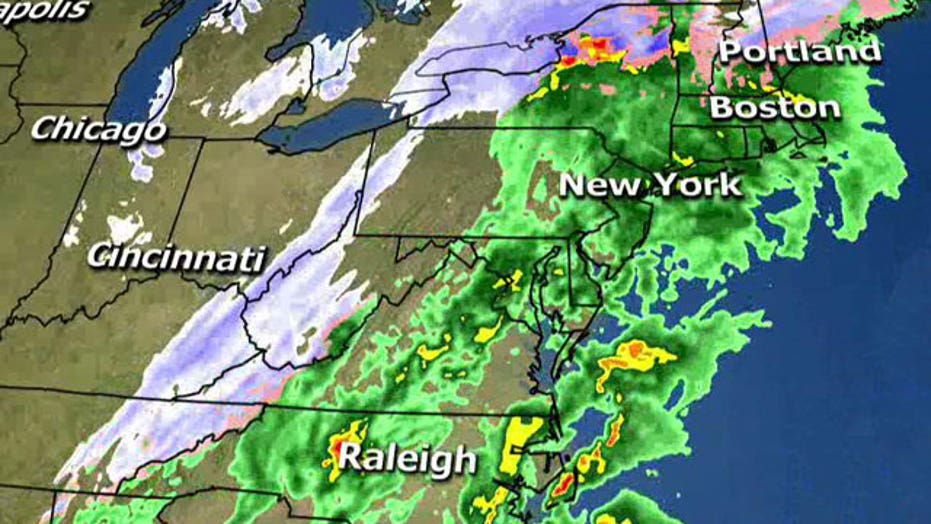 A storm packing wind, snow and rain led to the cancellation of hundreds of flights in the Northeast but did not cause the the all-out gridlock that had been feared on the day before Thanksgiving.

By Wednesday night, around 300 flights had been canceled, according to the tracking website FlightAware.com. But that was a tiny fraction of the nearly 32,000 flights that were scheduled to, from or within the U.S., the site said. And the weather in many places improved as the day wore on.

Most of them were in and out of three major Northeast hubs -- Philadelphia, Newark, and New York's LaGuardia -- and the delays and cancellations haven't been rippling out to other parts of the nation's air network.

Many travelers marveled at how orderly and anxiety-free the airports were during what is typically one of the busiest days of the year. The storm for the most part unleashed wind-driven rain along the Northeast's heavily populated Interstate 95 corridor from Richmond, Va., to the tip of Maine.

Flights are not the only things that may be grounded because of the storm. Organizers of the Macy's Thanksgiving Day Parade are considering not flying balloons for the first time since 1971 if if winds exceed 23 mph and gusts exceed 34 mph.

However, NYPD Chief of Patrol James Hall says Thursday's weather forecast "looks very good" and he is optimistic the balloons will be allowed to fly. The NYPD, the National Weather Service and Macy's representatives will make a final determination in the morning.

Some of the longest delays have been affecting flights headed for Philadelphia. According to FlightAware.com, they were held up at their points of origin for an average of about two hours this morning because of the weather.

The storm for the most part unleashed wind-driven rain along the Northeast's heavily populated Interstate 95 corridor from Richmond, Va., to the tip of Maine. The storm was expected to drop around 6 inches of snow in parts of West Virginia and western Pennsylvania and up to a foot in a pocket of upstate New York.

Damaging winds gusting up to 60 mph were expected to rip through Boston and other coastal areas. The Philadelphia area was under a flood watch, with 2 to 3 inches of rain forecast before falling temperatures turn precipitation to snow.

The storm, which developed in the West over the weekend, has been blamed for at least 12 deaths, five of them in Texas.

"Obviously, it's ill-timed because you have a lot of rain and snowfall in areas where people are trying to move around town or fly or drive out of town. ... But, fortunately, we're at this point going to start seeing a steady improvement in conditions across the mid-Atlantic and Northeast," he said.