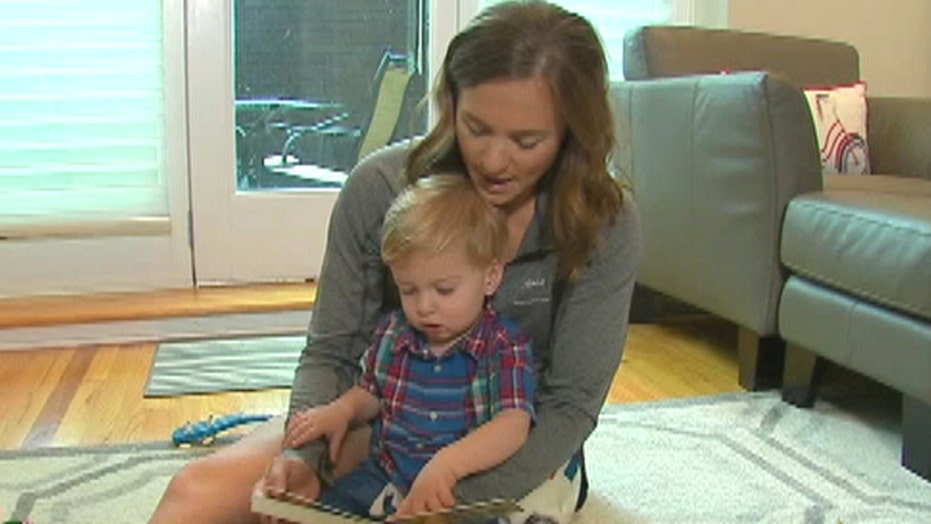 While serving in Baghdad, the 24 year old was critically injured by a roadside bomb. The retired first lieutenant lost her left leg, becoming the first female U.S. service member to lose a limb in Operation Iraqi Freedom.

Stockwell went on to endure 15 surgeries, and after 52 days, she made her first steps on her prosthetic limb. In doing so, the 36 year old became a living testament to strength, and also took her first steps towards a new challenge – becoming a Paralympian.

“I had gone 24 years with both of my legs then suddenly I’m missing one,” she told FoxNews.com in a sit-down interview. “I was rushed into a lifesaving surgery right in central Baghdad in an American hospital. It wasn’t until I woke up that I learned that my leg wasn’t there.”

“I was happy it was me, and not another one of my soldiers, because I knew that I had the strength to get through it and I had a great support system.”

Stockwell began to adjust to what she called her “new normal” as soon as she could.

“I chose early on to accept the loss of my leg. It wasn’t going to grow back,” she said. “So, I had two choices. I either had to accept it or I could live in that constant state of ‘why me?’  And at Walter Reed (Army Medical Center), you know, I looked around and there were so many that were worse off than I was…missing two, three, four limbs – traumatic brain injuries or eyesight. So, I really felt that I was extremely lucky.”

A couple of months after she lost her leg, Stockwell was approached to join the Paralympics team. The former gymnast said she had dreamed of going to Olympics as a child.

“There was no hesitation. It was somehow, some way I was going to be a Paralympian,” she said. “I wanted to be on that stage with the USA uniform on and to represent this country that I defended over in Iraq.”

Stockwell competed in the 2008 Beijing Paralympic Games, and now the wife and mother is set on competing again in the 2016 Rio de Janeiro Paralympics. (She's sponsored by Team Chobani and supports their campaign #NOBADSTUFF.)

“I hope to be in Rio this September and if everything goes as planned we actually race on September 11th, so it’s pretty special.”

And while Stockwell has been called a hero by many, she is reluctant to own the title.

“I can’t say I think of myself as a hero and in my mind I just do the things I do every day because I enjoy them and I’m passionate about what I do, and I want to give back,” she said.

There’s another important message Stockwell wants to share about her experience.

“Those soldiers that go over to protect our freedom, they sacrifice so much to go over but it’s also the loved ones back home,” she said. “I mean you tell someone thank you for your service but it’s a family affair. You have the caregivers back home, the spouses, the children – it’s an all-encompassing sacrifice.”