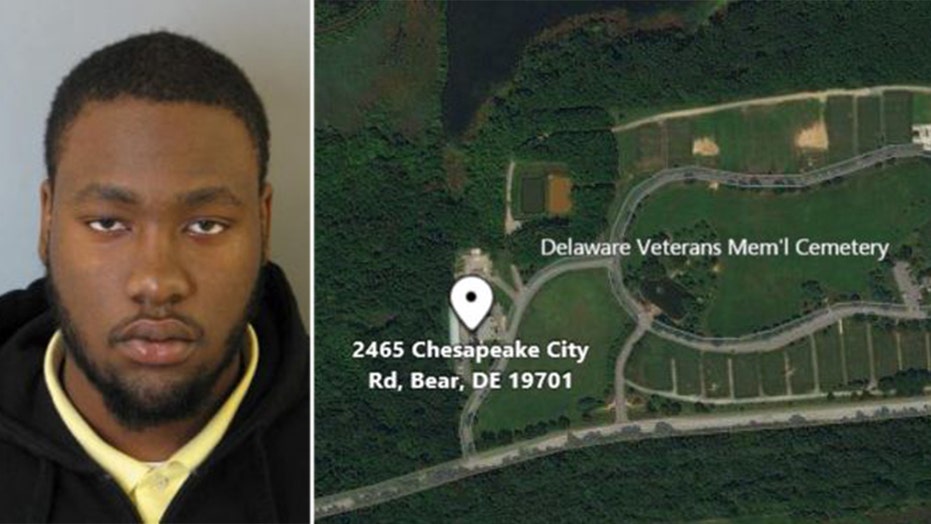 A man wanted for shooting an elderly couple at the Delaware Veterans Memorial Cemetery was found dead after exchanging gunfire with police.

The couple, from Elkton, Md., was shot Friday morning after going to the cemetery in Bear.

The woman, 85, died at the scene, according to Delaware State Police. Her husband, 86, died Saturday at a hospital. Their names had not been released as of Sunday.

Police said the suspect, Sheldon Francis, 29, of Middletown, Del., was spotted about an hour after the shooting running into a wooded area near the cemetery.

Delaware police released a photo of Sheldon Francis, 29, of Middletown, Del., after a shooting at the Delaware Veterans Memorial Cemetery in Bear left in which an elderly couple was shot and died. (Delaware State Police)

As a precaution, troopers evacuated homes in the vicinity.

About an hour after being seen, Francis was spotted again, police said. This time the gunman fired at officers who fired back before Francis disappeared again.

The search of the woods continued and around 4 p.m. -- four hours after the exchange of gunfire -- troopers found Francis dead.

“Upon being located Francis was confirmed to have sustained a gunshot wound,” State Police spokesman Cpl. Michael Austin said Sunday in a news release. “It is undetermined at this time if the wound was self-inflicted or as a result of the exchange of gunfire.”

A motive for the shooting of the elderly couple has not been released.