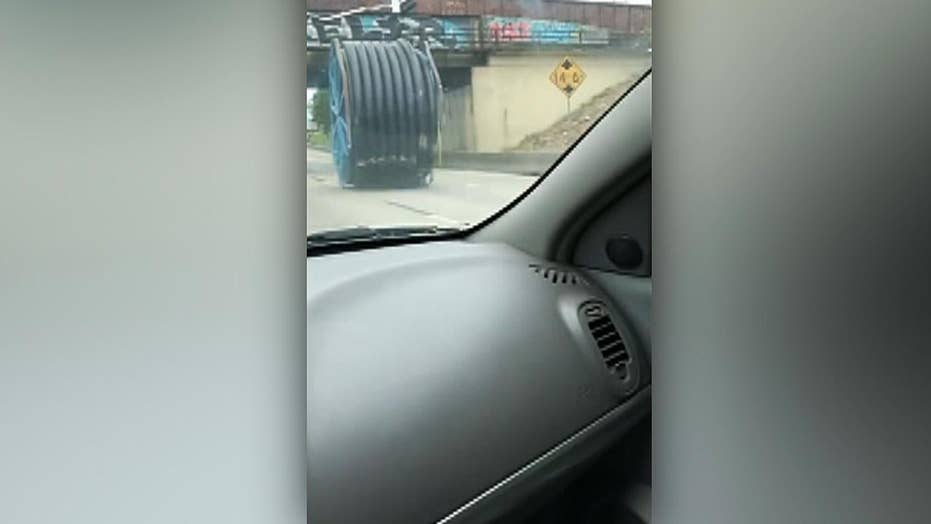 Commuters trekking home on Interstate 10 in Texas Thursday night encountered a rather unusual sight — a large industrial spool barreling down the highway.

The loose spool was spotted by drivers in Houston around 11:30 a.m. near Wayside, according to the Houston Chronicle.

The spool was traveling east and eventually stopped spinning on its own.

One driver spotted the strange scene while traveling with her two children. But, she told the outlet, incidents like this are "not really a surprise anymore because it always happens on I-10."