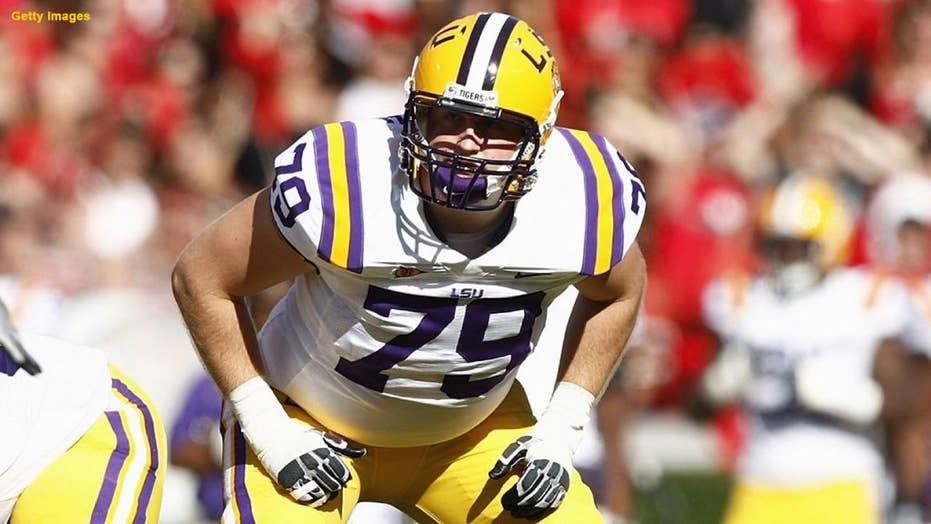 A former Louisiana State University lineman was shot -- by his dog -- while duck hunting in Mississippi last month, a freakish injury that reportedly required the amputation of part of his left leg.

Micah Heckford of Baton Rouge told the Clarion-Ledger on Tuesday that he and some friends were on a duck hunting trip near Eagle Lake on Dec. 28 when the incident occurred. He said the group has been going to the area for about six or seven years to hunt.

"Everybody was pumped up,” Heckford told the newspaper. “We rode the levee the day before and there were a ton of ducks. We were excited."

Later in the morning, Heckford said ex-lineman Matt Branch was accidentally hit by a blast from his shotgun, which he had left loaded in the bed of his pickup truck.

Heckford said a Labrador named Tito jumped onto the truck bed, “stepped on the safety of Branch’s shotgun and pulled the trigger.” He said the 12-gauge shotgun shell tore through the side of the truck and hit Branch’s left thigh.

"In the midst of the chaos at this point, I ran over to Matt to assess what had happened," Heckford said. "We had no clue what the damage was at this point in time.

The group called 911 and Heckford began to understand how precarious the predicament was.

"I think that's when it hit me how serious it was," Heckford said. "It was at that point in time I realized how much he had bled. His pants were just soaked in blood."

He said Branch has since had his left leg amputated.

A blood donation drive was held on Tuesday in Baton Rouge for Branch, WAFB reported.