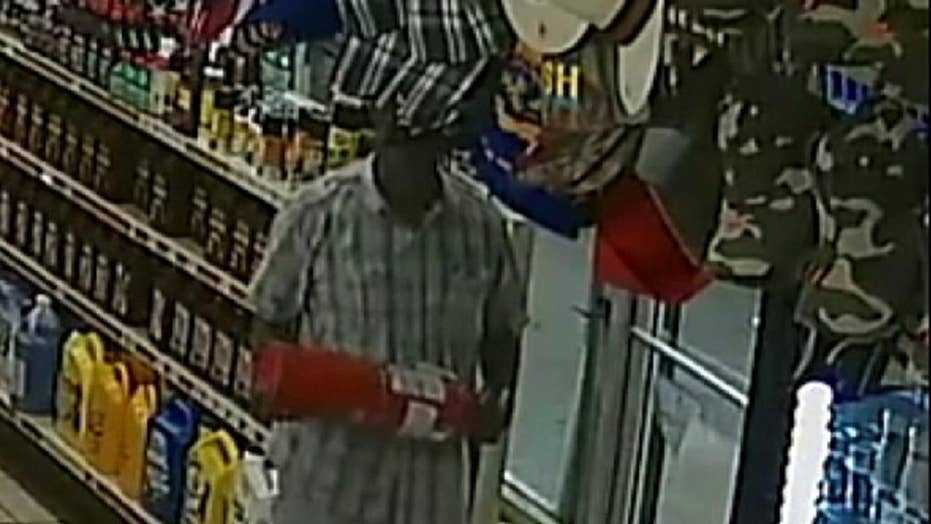 Security camera footage captures 46-year-old Gabriel Tillman struggles to open the door after the clerk noticed him trying to shoplift and locked it remotely.

A Florida man’s repeated failure to quench his thirst with a stolen bottle of Pepsi has gone viral after investigators released surveillance video showing his persistence.

The Polk County Sheriff’s Office posted footage from inside a Citgo gas station showing the man, identified as 49-year-old Gabriel Tillman, grabbing a bottle of Pepsi off a shelf near the door.

Tillman could be seen trying to leave the store without paying for the bottle. An observant cashier noticed the sticky fingers and pushed a button that remotely locked the door, deputies said.

The footage showed the 49-year-old trying to escape with the soda by throwing his body against the door. When his attempts failed, he picked up a fire extinguisher and slams it against the door. However, nothing he tried was able to bust down the locked door.

Tillman unsuccessfully tried to use a fire extinguisher to bust down the door, deputies said. (Polk County Sheriff's Office)

“Gabriel huffed, and he puffed, but he could not blow the door down,” the sheriff’s office posted on Facebook, along with the video which it had its audio dubbed with cartoonish sound effects.

Deputies said the cashier eventually unlocked the door fearing Tillman might cause further damage inside the store.

Tillman left with his stolen Pepsi, but a deputy spotted him two blocks from the gas station enjoying the beverage.

Tillman was arrested and charged with grand theft of a fire extinguisher, petit theft and criminal mischief, Fox 13 Tampa reported.