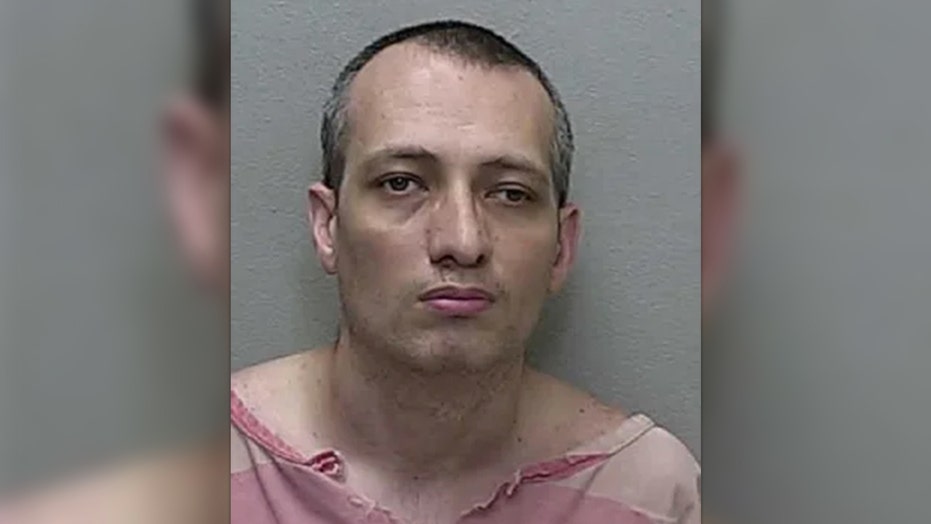 A Florida man was sentenced to 20 years in federal prison on Thursday for attempting to entice a child for sex, according to the Department of Justice.

Frederick M Pohl, Jr., 41, from Clermont, was arrested after he arrived at an Orlando hotel with condoms and a pink dress, following ongoing conversations with an undercover federal agent in Detroit that involved his desire to rape an 8-year-old girl.

Pohl, who pled guilty to the charges on Aug. 6., allegedly sent lewd photos of himself during the graphic online communication. He assumed he was chatting for months with the child and her father but had actually been in contact with an agent from Homeland Security Investigations.

Frederick M Pohl, Jr., 41, was sentenced to 20 years in federal prison on Thursday for attempting to entice a child for sex, according to the Department of Justice (Marion County Sheriff's Office)

“I like young girls. ... I would love someone as young as your daughter's age,” Pohl said, early in their first chat which began around March 11, according to the Orlando Sentinel.

During the time of his arrest, Pohl had been working at an unnamed Orlando amusement park where he was responsible for securing the lap bars on rides for both children and adults. He was immediately fired after his arrest and the park fully cooperated with law enforcement during their investigation. There was no known instance of misconduct while Pohl worked at the park, according to the Department of Justice.

“Thanks to HSI special agents in Detroit and Orlando and the Florida Department of Law Enforcement, this child predator has been stopped and he will be held accountable for his crimes,” said HSI Orlando Assistant Special Agent in Charge David J. Pezzutti.

In the online chats, Pohl claimed he abused children as young at 15 years old, according to the outlet. During his trip to the Orlando hotel, agents watched as he bought condoms at a local Walgreens before heading to Walmart -- where he purchased what he described as a "pretty pink dress with hearts on it."

He was arrested by agents from Detroit and Orlando upon arrival.

According to the Justice Department, the case was brought as part of Project Safe Childhood, an initiative launched in 2006 to combat child sex exploitation and abuse.

Pohl was reportedly involved in a similar operation 12 years earlier.

In 2007, he was seen chatting online with an agent posing as a 13-year-old girl from Canada. Pohl talked about visiting her before reportedly backing out, saying he lied and was "sorry about that," court records show, according to the Orlando Sentinel.

He is being held in the Marion County Jail.