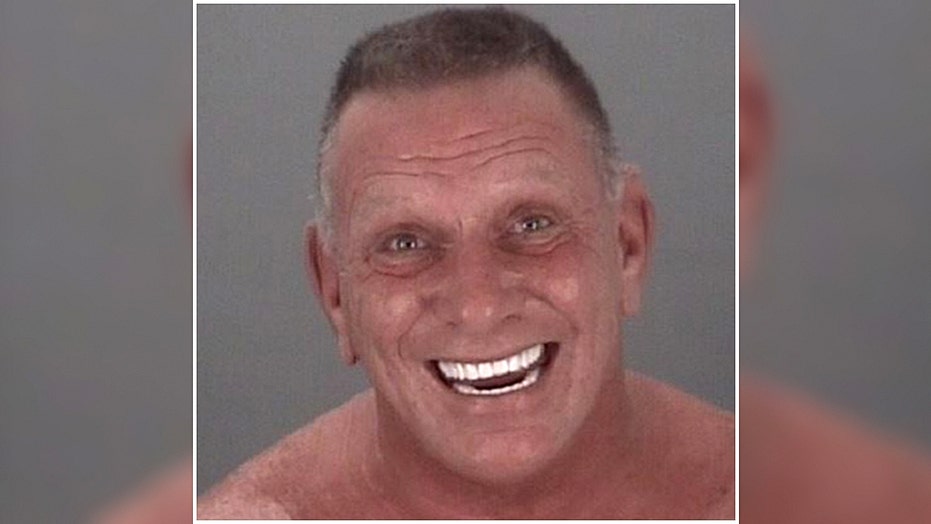 A Florida man looked very pleased with himself in his mugshot despite being arrested for his fifth DUI Thursday after leading police on a low-speed chase.

Gordon Ormond, 56, flashed his pearly whites in a bizarre booking photo after he was eventually hauled in by cops for allegedly running a red light in New Port Richey in his white van. A deputy with the Pasco County Sheriff's Office tried to pull him over, but Ormond apparently did not stop.

TEXAS MAN WANTED FOR DIVORCING HIS WIFE WITHOUT HER KNOWLEDGE

Ignoring police sirens and emergency lights, Ormond continued to drive between 15 and 35 mph and at one point hit a basketball hoop, WTVT reported.

Ormond was arrested for DUI, failing to submit a breath test and fleeing scene of a crash. Officials said the ordeal was Ormond's 12th arrest for driving with a suspended or revoked license.