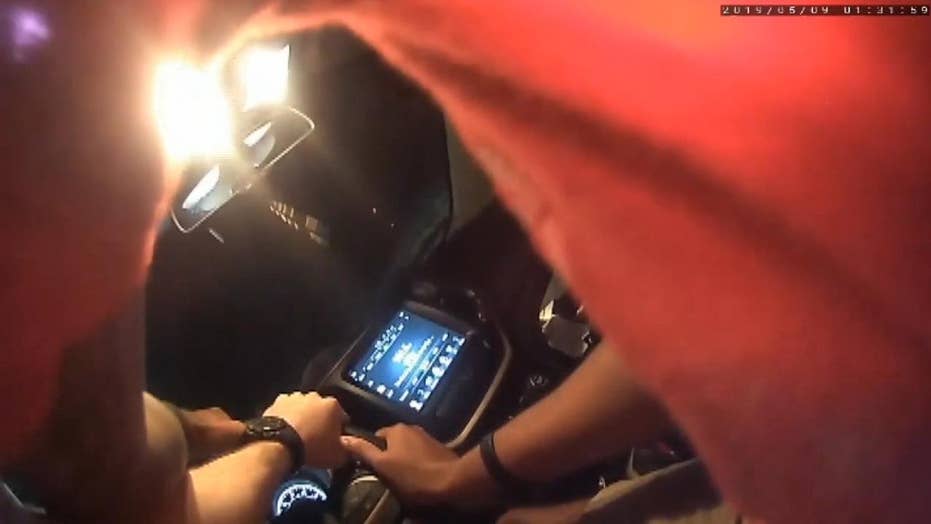 Florida man faces attempted murder charges after he allegedly dragged an officer at nearly 60 miles per hour while attempting to flee a traffic stop.

A police officer in Florida had a harrowing experience last month during a traffic stop when a man took off and dragged him at speeds of up to 60 mph as he held on in a stunning moment captured on video.

The Florida State's Attorney's Office said the incident happened May 9 when Orlando Police Officer Sean Murphy pulled over 25-year-old Zavier Askew because his vehicle had an expired tag. The officer said he observed a broken window and what he suspected to be marijuana inside the vehicle.

When the officer searched the car, he said he discovered a bag of marijuana in the vehicle's glove box. Askew then attempted to run away, jumping into the driver's seat of the car as the officer also ran to the vehicle, where he ended up dangling out of the driver's window.

“Dude you're killing me! Stop! Stop!” Murphy can be heard yelling in the bodycam video. “Stop the car and get out!”

Experts say the officer's calm demeanor and compassion were key to de-escalating the situation in Chandler, Arizona.

According to the arrest affidavit obtained by FOX35, the top-half of the officer's body was inside the car as he used one arm to hang on and the other to stop the suspect.  At one point the officer even tried biting the suspect, but Askew reportedly kept going.

“Stop! Stop! It's attempted murder,” Murphy yelled in the video.

Authorities say Askew then sped down a dead-end road as the officer continued to yell at him, warning him that he was going to crash.

Murphy then had to tuck his legs in as Askew struck a parked car on the driver's side, officials said.

“Dude, I thought he was going to take my legs off,” he could be heard saying in the video after checking to make sure he was ok.

The 25-year-old was arrested shortly after the crash. He remains held without bond in the Orange County Jail on charges of attempted first-degree murder of a law enforcement officer and kidnapping. His trial is scheduled for October, according to FOX35.