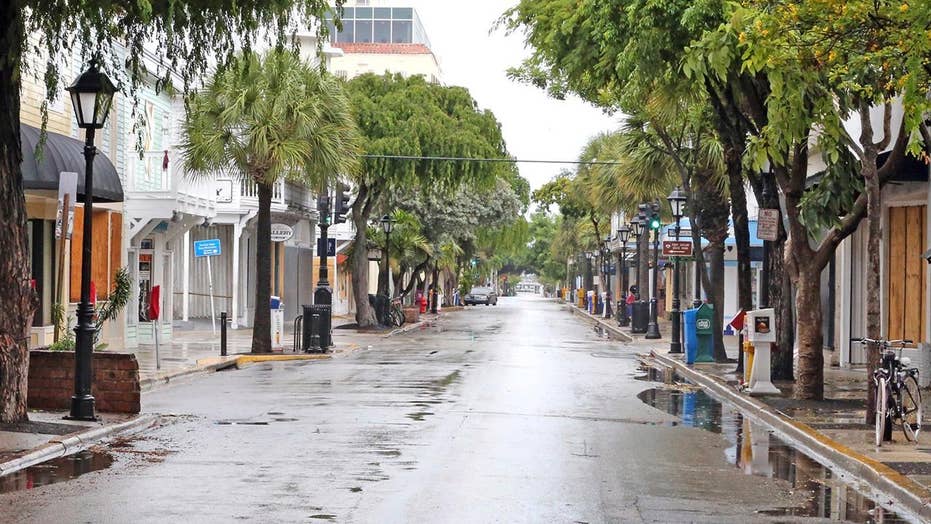 Powerful storm could dump up to 20 inches of rain on the Keys; Adam Housley reports from Key Largo

Hurricanes are nothing new in the Florida Keys – although many fear that Hurricane Irma will likely be more destructive than any storm the islands have ever seen.

Irma strengthened to a Category 4 storm early Sunday as it approached the Keys, with winds at 130 miles per hour.

According to the Miami Herald, Irma could surpass all of the previous significant storms to strike the Keys over the years.

Here’s a look back at those major storms:

1935: The so-called Labor Day Hurricane roared through Craig Key, with estimated winds of more than 200 mph. One estimate put the storm’s death toll at 485, including about 250 veterans staying in work camps as they built highway bridges.

1945: A powerful hurricane made landfall on Key Largo, damaging homes and killing four people across Florida.

1950: Hurricanes Easy, in the first year hurricanes were named, passed west of the Dry Tortugas in the Lower Keys before making landfall farther north, with winds of 105 mph.

1960: Damage from Hurricane Donna included the destruction of several subdivisions in Marathon, a city on Knight’s Key.

1965: Hurricane Betsy caused widespread flooding and left a mountain of debris that blocked the U.S. 1 highway to the mainland. Some areas were under several feet of water.

1998: Hurricane Georges ripped through Cudjoe Key with a 10- to 12-foot storm surge that cut off water and electricity to the islands and flooded several hundred homes.

2005: Hurricane Wilma prompted a mandatory evacuation of the Keys. The storm swamped homes and businesses along the island chain.