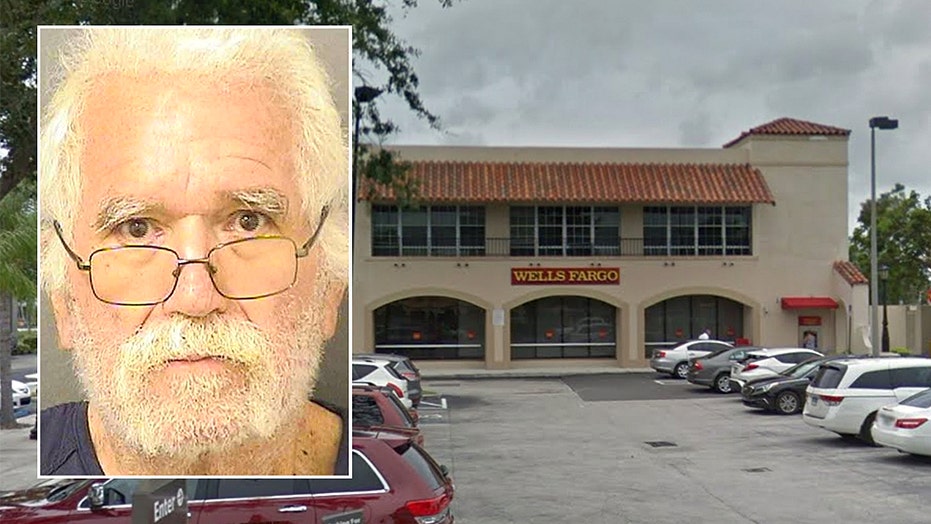 A Florida man who allegedly robbed a bank while donning a "Make America Great Again" shirt apparently received far more money than he demanded — and told the teller to give him a smaller amount of cash.

Sandy Hawkins, 73, was arrested Tuesday following the alleged robbery that unfolded at a Wells Fargo in Boca Raton around 11:30 a.m. Monday, police said.

TEXAS ROBBERY SUSPECT KILLED WITH OWN GUN AFTER HOMEOWNER TOOK IT FROM HIM: POLICE

Hawkins, wearing a T-shirt that displayed his support for President Trump, told the teller he had a weapon and said "This is a robbery," WPLG reported.

The teller then slid $1,100 through the window and Hawkins took it and left, investigators alleged.

Hawkins was discovered after the manager at a nearby sports bar he frequented identified him. When Palm Beach County sheriff's deputies went to his home on Tuesday, he reportedly confessed and told them, "I will make this easy."

He apparently handed them a bank deposit slip that read: "Give me $1,100. Now, No Alarms, Hope to get caught."

Hawkins' old landlord, Scott Vail, described the 73-year-old man to The Palm Beach Post as an "affable kind of person" who "probably reached some kind of breaking point" when his wife died in 2013.

Hawkins was charged with robbery and booked at the Palm Beach County jail.