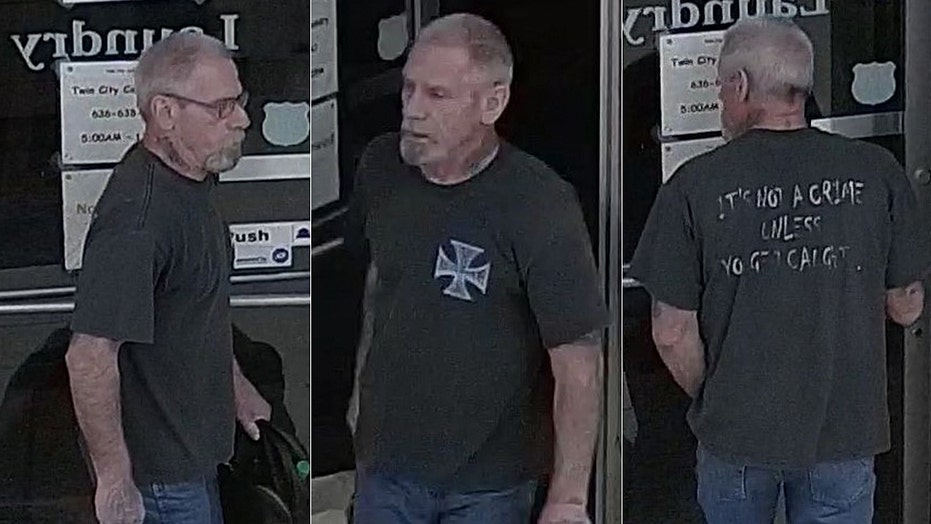 A Missouri man believed to have robbed a laundromat was caught on camera sporting a T-shirt that read, "It's not a crime unless you get caught."

The unidentified man walked into Twin City Coin Laundry in Crystal City, around 35 miles southwest of St. Louis, on Oct. 22 and apparently stole $600 from a vending machine, the laundromat said.

An unidentified man wore a rather ironic shirt while allegedly stealing $600 worth of money from a laundromat vending machine in Crystal City, Mo. (Twin City Coin Laundry)

He is accused of stealing the money, roughly 15 pounds worth of change, and of causing $1,300 in damages to the vending machine, KSDK reported.

The man was captured on security camera, photos of which the laundromat posted to Facebook, where he can be clearly seen sporting the T-shirt with the somewhat ironic slogan.

Anyone with information on the man's identity or whereabouts is urged to contact the Crystal City Police Department at 636-937-4601 and reference “Twin City Coin Laundry."