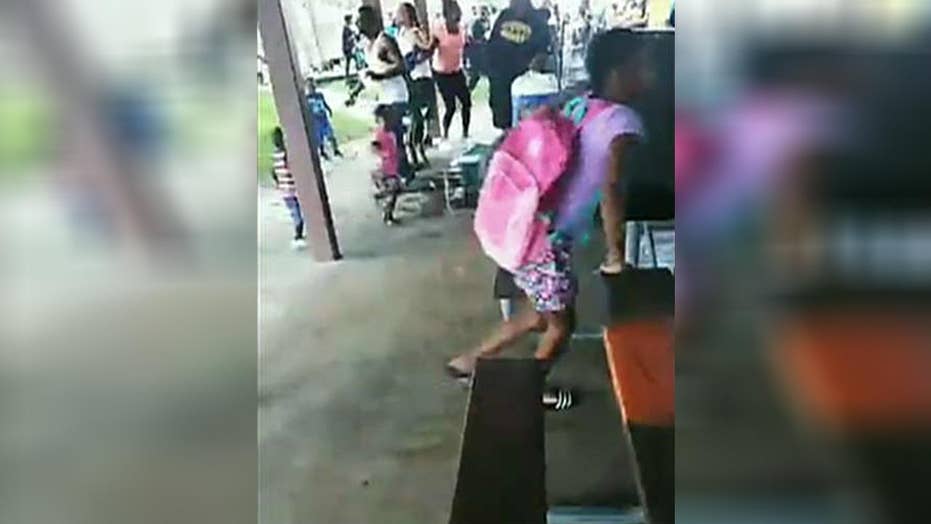 Gunfire breaks out at back to school event.

An armed bystander shot a man who opened fire at a Florida park filled with over 100 people -- including children -- for a Saturday back-to-school cookout, officials said.

The Titusville Police Department said in a news release the man was involved in a fistfight with another person at the Issac Campbell Park and left around 5:20 p.m. -- only to return with a gun minutes later and start shooting.

A bystander, who was lawfully licensed to carry a firearm, then shot the gunman.

“We are extremely grateful that nobody else was injured in this incident,” Deputy Chief Todd Hutchinson said in a statement. “This suspect opened fire at a crowded public park. This could have been so much worse.”

The gunman, whose firearm was recovered at the scene, was airlifted to a local hospital with life-threatening injuries. No one else was injured during the shootout.

MORE THAN 450 PEOPLE IN FLORIDA ORDERED TO GIVE UP GUNS UNDER NEW LAW, REPORT SAYS

A DJ whose family organized the event at the park told Florida Today he was standing under a pavilion when he heard at least a dozen shots ring out.

Dwight Harvey was streaming the event live on his Facebook page when the shooting started. Children and parents could be seen in the video going through supplies when the shots suddenly rang out, WFTV reported.

Harvey told the news outlet he was thankful the bystander was in the right place at the right time to quickly end what could have been an even worse situation.

“This was standing your ground, in a situation like this with kids involved; not what you saw in Clearwater -- that was murder,” Harvey told Florida Today, referring to a controversial shooting last month over a handicapped parking space that's sparked protests.

The bystander who shot the suspect waited for officers and has been fully cooperative with the investigation, police said. Neither the shooter nor the bystander have been identified.

Matthews said no charges are expected to be filed against the bystander, as his actions were "within the law based on the preliminary investigation."