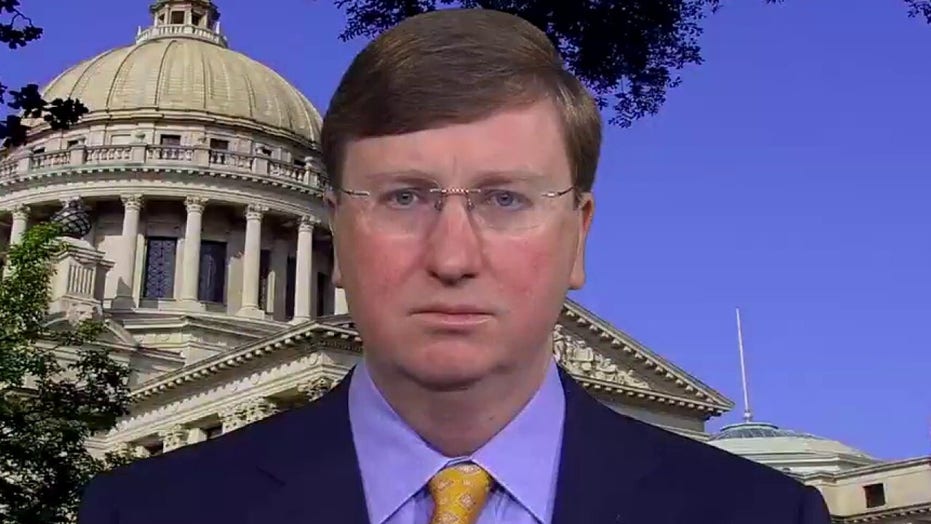 More rain and flooding is expected across the South, according to forecasters' predictions Tuesday, adding to the distress of hundreds who have been unable to enter their homes engulfed in water over the past week.

Some of the hardest-hit areas were under a flash flood watch, and the National Weather Service said around 2 inches of rain -- more in some areas -- was expected to fall over a short period of time in central Mississippi. The National Weather Prediction Center projected the worst-affected region would be a band stretching from eastern Louisiana across central Mississippi and Alabama, into west Georgia. Alabama Gov. Kay Ivey declared a State of Emergency on Tuesday.

With entire communities turned into swamplands, Mississippi Gov. Tate Reeves declared a State of Emergency over the weekend, estimating that more than 1,000 structures were likely damaged. He said on Fox News original projections estimated over 3,000 structures would be damaged, but the river’s peak crested slightly below projections.

Authorities in Mississippi’s capital city of Jackson warned hundreds of residents not to return home until they received an all-clear after Monday’s flooding. The Pearl River crested at around 7 feet Monday, over 8 feet above the river’s flood stage, and the third-highest in the state’s history. The river is now slowly receding, Reeves said.

Standing floodwater from the Pearl River still surrounds a number of mobile homes in the back portion of the Harbor Pines community in Ridgeland, Miss., Tuesday, Feb. 18, 2020.  (AP Photo/Rogelio V. Solis)

Reeves urged residents not to try to re-enter their homes until floodwaters had completely receded, saying that water would be moving quickly as it receded and the water’s contaminants could be dangerous. He said 16 search-and-rescue crews had been deployed to save local residents who had tried to wait out the flooding and were now trapped in their homes.

Gloria Vera evacuated her residence on Thursday and still could not get back to her trailer because it was surrounded by as much as 5 feet of water. She has no idea if the water got inside. “I took nothing from the house when I left, only the clothes I am wearing," Vera said in Spanish.

This time exposure shows the strength of the Pearl River floodwaters on this residence on Florence-Byram Road near Byram, Miss., on Monday, Feb. 17, 2020. (AP Photo/Rogelio V. Solis)

Dorothy Freeman, 87, was lucky enough to go back into her mobile home to feed her cat and pick up her Bible because the home is lifted.

“I’m praying for the people in the Jackson area that were hit even harder than us,” said Freeman.

In Savannah, Tenn., two houses slid off a muddy bluff below the Pickwick Dam Saturday, after the Tennesse Valley Authority released more than 2.5 million gallons per second. No injuries were reported.

Extreme rain events which can lead to major flooding have increased in intensity and frequency in the Southeast United States, according to the National Climate Assessment, released by the White House in 2018. Southern states are particularly vulnerable to increasingly heavy rains, according to the report, which cites four floods that each did more than $1 billion in damage between 2014 and 2016.