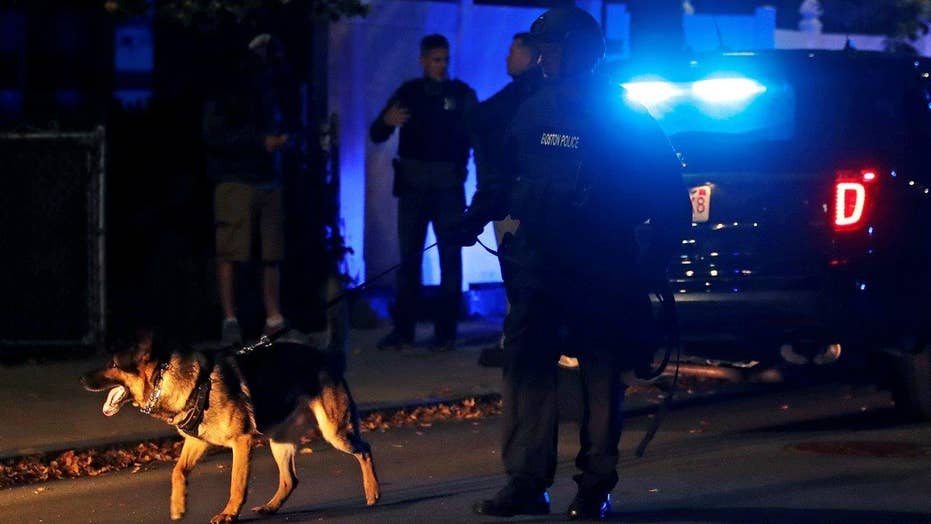 BOSTON – The domestic disturbance that Boston police were responding to when two veteran officers were shot and wounded may have started as an argument over the thermostat, police said.

The officers were called late Wednesday night to an apartment in the East Boston neighborhood, where Kirk Figueroa, 33, was allegedly threatening his roommate with a knife, police Commissioner William Evans said.

"His roommate met the officers out and clearly said that he was being attacked over an issue going on inside that apartment," Evans said.

According to police, the roommates may have been fighting over the thermostat, but there likely were other issues.

When the two officers entered the home they were shot by Figueroa, who was armed with a tactical shotgun and wearing body armor, police said. Figueroa was then shot and killed by other officers.

"I don't know what was going through his mind," Evans said. "All I can tell you is he was a dangerous individual and our officers went in there unsuspecting of what took place."

The injured officers were identified as Richard Cintolo, a 27-year veteran, and Matt Morris, a 12-year veteran. Both were listed in critical condition early Friday, but they are recovering, officials said.

Nine other officers were treated at a hospital for trauma, stress and minor injuries.

Police officers, city officials and community members gathered Thursday night for a prayer vigil. The police captain who heads the East Boston district station choked back tears as he spoke of the heroism of the two wounded officers and their colleagues.

An artery in Morris' leg was severed in the shooting, and his life was mostly likely saved by another officer who tied a tourniquet on it, Evans said. That officer had undergone training on how to properly tie a tourniquet just the week before.

Evans said he spoke to Morris, who was aware that a fellow officer had saved his life.

Police towed Figueroa's car from outside his home Thursday morning. The vehicle was decorated with the name of a website called elitepolicing.org. On the site, a man who identifies himself as Kirk Figueroa says his company, Code Blue Protection Corp., provides police support, fugitive apprehension and extradition services, and armored car training.

Figueroa, who was not licensed to have a gun in Massachusetts, described himself as a Boston constable, a former member of a U.S. Army Reserve military police unit, a bounty hunter in California and a former corrections officer. He also said he was trained in mixed martial arts. Constables are authorized to serve subpoenas and other legal documents in civil cases.

An Army spokesman confirmed that Figueroa was in the Reserves but could not provide dates. California authorities said it could not immediately confirm whether he was a bounty hunter.

Figueroa was shot and killed by several other officers who entered the home at the sound of gunfire.

As is standard protocol following such events, the district attorney's office said there would be an investigation into the use of deadly force.