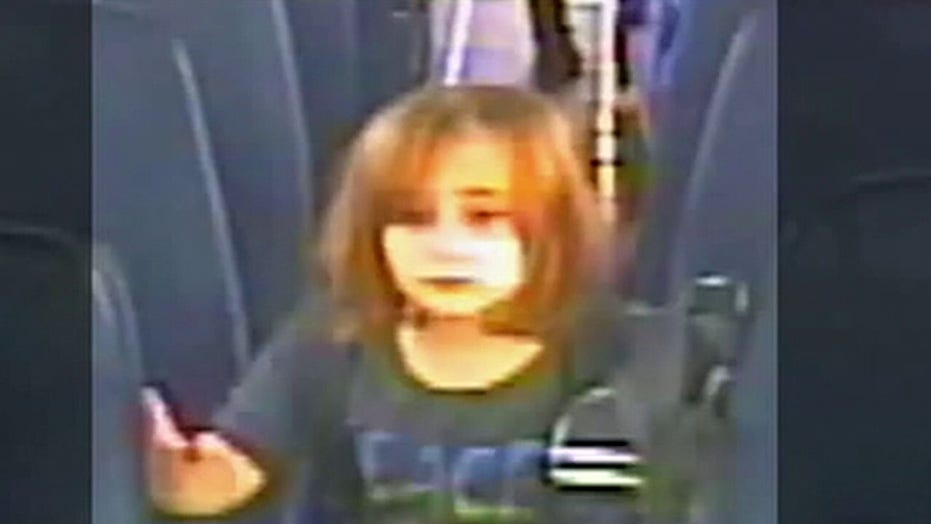 6-year-old Faye Marie Swetlik vanished on Monday shortly after getting off her school bus in Cayce, South Carolina.

The body of Faye Marie Swetlik, a 6-year-old girl who mysteriously vanished in front of her South Carolina home Monday, has been discovered and her death is being treated as a homicide, investigators said.

“It is with extremely heavy hearts that we are announcing we have found the body, who the coroner has identified, as Faye Marie Swetlik,” Cayce Public Safety Director Byron Snellgrove said during a brief news conference Thursday afternoon.

No arrests have been made, he said, adding that there was no danger to the public. He did not say where the body was located or give a cause of death.

Investigators had circulated pictures of Faye in an effort to aid their search. The left photo is about the length of Faye's hair now, police said. (Cayce Department of Public Safety)

Snellgrove also announced that during the investigation a deceased male was located in the Churchill Heights neighborhood. He did not identify the man and did not say whether his death was related to Faye's disappearance.

Investigators were last looking for the drivers of two unfamiliar vehicles seen in the Churchill Heights neighborhood of Cayce, S.C., around the time Faye was last seen.

The Cayce Department of Public Safety late Wednesday released new video of the cars, which appear to be a Chevy Trailblazer SUV and a silver sedan. On Thursday, police said they identified the SUV and were continuing to search for the sedan.

The vehicles police are searching for appear to be an older model Chevy Trailblazer SUV and a sedan. (Cayce Department of Public Safety)

No evidence has pointed to a kidnapping, but investigators said they have not ruled out abduction or other possibilities, like she walked away from her home or was harmed by someone she knew.

The 3-foot-10 inch, 65-pound first-grader vanished around 3:45 p.m. Monday shortly after getting off her school bus. She was last seen playing in front of her home. Family searched for Faye for about an hour before calling 911, authorities have said.

A Cayce police officer blocked an entrance to the Churchill Heights neighborhood on Thursday as investigators continued to search for Faye. (AP Photo/Sean Rayford)

“Her mother, her mother’s boyfriend and her father have all been cooperative with us," Cayce Public Safety Director Byron Snellgrove said.

Police released video of the 6-year-old exiting the bus in her last known outfit: polka dot rain boots, a pink flowered skirt, and a black T-shirt with a neon design and the word “PEACE” written on front. She recently had her hair cut to shoulder-length.

Investigators have said that in the course of the first 72 hours, more than 250 officers from multiple agencies were sent out to canvass the neighborhood, going door-to-door to every house and even searching some homes. Hundreds of hours of video were scrutinized and witnesses interviewed.

Helicopters have been flying over the neighborhood since Monday, and tracking dogs have combed the streets in search of clues. The search also included nearby wooded areas.

As the investigation ramped up, police blocked the entrance to the Churchill Heights neighborhood to prevent anyone outside the community from entering.

Police said an Amber Alert was not issued because the situation does not meet federally mandated guidelines, which call for evidence that an abduction has occurred along with enough information to aid in the child’s recovery.

Flyers with Faye's picture were posted all over Cayce, a city of 14,000 neighboring the state capital of Columbia.

"Faye is a bubbly energetic first-grader at Springdale Elementary School," Snellgrove said. “When she walks into a room, she brightens it up.”