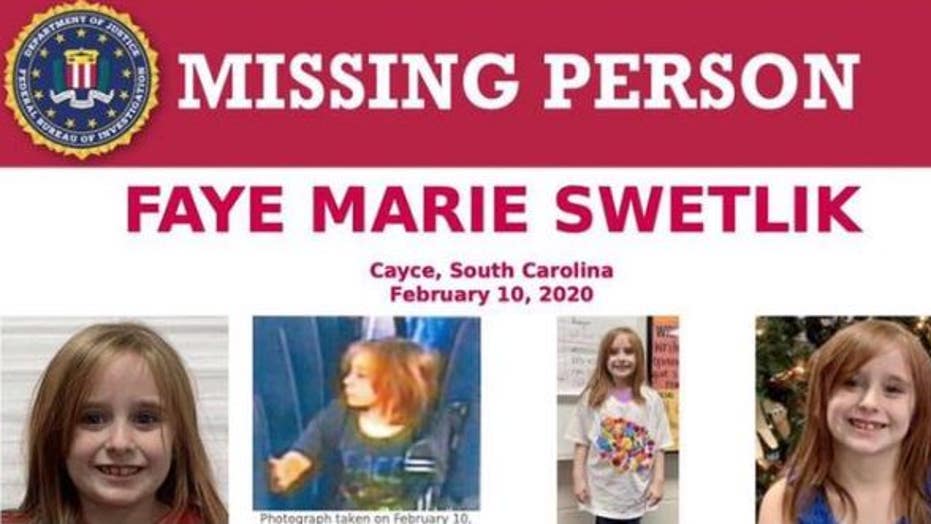 Police in South Carolina on Wednesday released a video of Faye Marie Swetlik getting off a school bus before she went missing earlier this week.

The video comes as the FBI has joined the Cayce Department of Public Safety in the search for the missing 6-year-old.

Swetlik was last seen getting off a bus in front of her home shortly before 4 p.m. on Wednesday. Cayce Public Safety Officer Sgt. Evan Antley said the family somehow lost track of her and called 911 about an hour later.

At a Wednesday press conference, Antley said the department was widening the search area beyond the Churchill Heights community where she disappeared, Fox Carolina reported.

Antley request that news outlets share the video of Swetlik getting off the school bus before she disappeared.

On Tuesday, police said they were “not ruling anything out,” though at this stage there has been no indication she was abducted.

Chief Byron Snellgrove of the Cayce Department of Public Safety said it’s possible Swetlik “may be in the woods or a neighbor’s house, fallen in distress.”

Swetlik’s family released a statement on Tuesday calling her a “bubbly and happy little girl.”

“She always wants to play and have fun. She’s not the type of kid that will up and walk away,” the statement said. “Her mom was very attentive in watching Faye. Faye pays attention to her surroundings. Her grandmother is very distraught about what has happened because they are very close. We just want to find Faye and bring her home.”

The Cayce Department of Public Safety is being assisted by the FBI and the Lexington County Sheriff’s Office, among other agencies.

On Wednesday, the department was utilizing K-9 teams and a helicopter in its search efforts. The department also provided a number, 803-205-4444, for anyone with information to call.