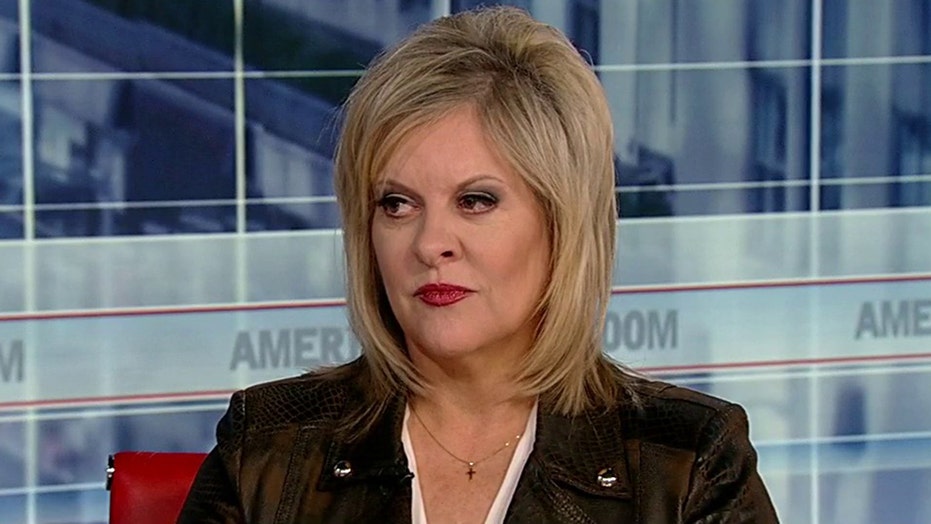 Lori Vallow and Chad Daybell, the mother and stepfather of two children from Arizona who have been missing since September shortly after moving to Idaho, have been located in Hawaii; reaction from Nancy Grace, host of 'Crime Stories with Nancy Grace' on Fox Nation.

A cell phone belonging to Lori Vallow’s missing teen daughter was found in Hawaii last month, according to a report Tuesday, but the mother and her new husband, Chad Daybell, have not been arrested -- despite missing an Idaho court deadline to produce 7-year-old “JJ” Vallow, who is autistic, and 17-year-old Tylee Ryan to child welfare workers.

Vallow and Daybell were located in Hawaii in January, months after fleeing Idaho in November shortly after authorities performed a welfare check. The two children, originally from Arizona, have been missing since September. Vallow had five days to physically produce the children before child welfare workers in Rexburg, Idaho, or be held in contempt of court. She missed the Jan. 30 deadline.

The teen’s cell phone was found with Tylee’s mother, Lori, an unnamed source close to the investigation told the outlet. The device was used several times after Tylee first disappeared. One October text reading, “hi. miss you guys too …luv ya," was sent to a concerned friend.

Both Vallow and Daybell were wanted for questioning in connection to the children’s disappearances. They were briefly detained in Hawaii last month, but have not been arrested or charged with a crime.

Three people connected with the couple have died. The deaths of Vallow’s former and fourth husband, Charles Vallow, in July; her brother, Alex Cox, in December; and Daybell’s former wife, Tammy Daybell, in October, all remain under investigation by authorities. Cox fatally shot Charles Vallow in Arizona, claimed self-defense and was never arrested before his own unexpected death.

In an interview with Salt Lake City Utah’s KSL-TV Sunday, Tylee's aunt, Annie Cushing, said she last saw her niece in 2018 shortly after her brother, Lori Vallow's third husband, Joseph Ryan, was found dead inside his Arizona home of an apparent heart attack.

Vallow asked Cushing to come to support Tylee while she grieved her father's death. Police had performed a welfare check after his neighbor’s dog detected a foul-smelling odor from the apartment. Joseph Ryan's body was left unclaimed for about five weeks, Cushing said, adding that she did not learn of her brother's passing until authorities contacted her.

During her visit with Tylee, Cushing said her former sister-in-law seemed “unhinged” and questioned whether she was a “psychopath.”

“When I got there, it was as if nothing had happened. People were hardly talking about Joe and when Lori did, the tenor was — she would actually say, ‘The world is a better place without Joe Ryan," Cushing told the outlet. “There was also a lot of tension between Tylee and Lori. There was one time where she was talking about it and she says, 'Sometimes, I think it would be better just to get put my kids in a car and go off the side of a cliff.'”

“It was absolutely exhausting. I dealt with so many lies, even with little things. I think she’s unhinged and untethered from truth,” Cushing also wrote in a 2018 text message thread with her own daughter that she shared with KSL-TV.

Lori Vallow and Joseph Ryan married in 2000 but divorced four years later when Tylee was just 18 months old, Cushing said. Tylee was Joseph’s first child, but Lori had an older son from a previous marriage, Colby Ryan, who took his stepfather's last name. They lived in Texas but Lori moved to Arizona after the divorce. Joseph moved there to be close to Tylee, as he and her mother remained locked in a contentious child custody suit, KSL-TV reported, citing court documents.

Lori Vallow married Daybell, the author of several religious-themed doomsday novels, in October -- a month after her children were last seen alive and just days after Daybell’s 49-year-old wife, Tammy Daybell, died in her Idaho home. Chad and Tammy were married for more than 30 years and shared five children.

A recording of an October phone call between Gilbert Police Detective Ryan Pillar and an Idaho dispatcher, obtained by Fox 10 Phoenix Tuesday, revealed that when officers arrived to the Idaho home where Tammy died, family members said they did not want an autopsy conducted.

Her death was initially ruled due to natural causes but her body was later exhumed for further investigation. The results have not been released, AZ Family reported.