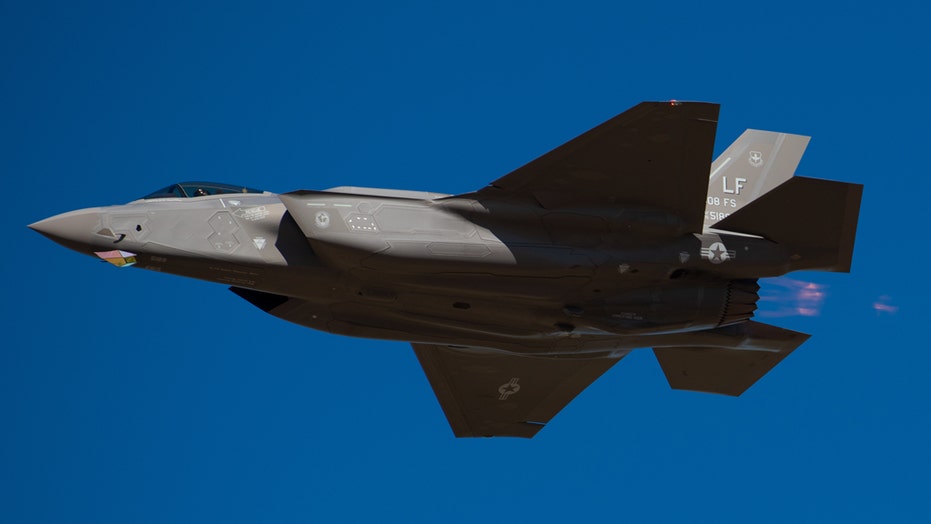 A fifth-generation F-35 stealth fighter jet has crashed at a Florida base on the Panhandle, just days after an F-22 jet succumbed to the same fate.

The Air Force said the F-35A Lightning II, which costs an estimated $90 million, crashed while landing at Eglin Air Force Base outside Destin at 9.30 p.m. on Tuesday night. It was assigned to the 58th Fighter Squadron.

The pilot ejected and was taken to a local hospital and is in stable condition.

On Friday, an F-22 fighter jet crashed 12 miles from the base during a routine training flight. The pilot also ejected successfully.

A tweet from Eglin Air Force Base said: “At the time of the accident, the pilot was participating in a routine night training sortie.

The F-35A Lightning II, which costs an estimated $90 million, crashed while landing at Eglin Air Force Base outside Destin at 9.30 p.m. on Tuesday night (U.S. Air Force)

“First responders from the 96th Test Wing are on the scene and the site is secured. The accident is under investigation. There was no loss of life or damage to civilian.”

The F-35A Lightning II is a single-seat, single-engine fighter aircraft made by Lockheed Martin Corp. Before the crash, only two F-35s had been lost in accidents, according to The Aviationist.