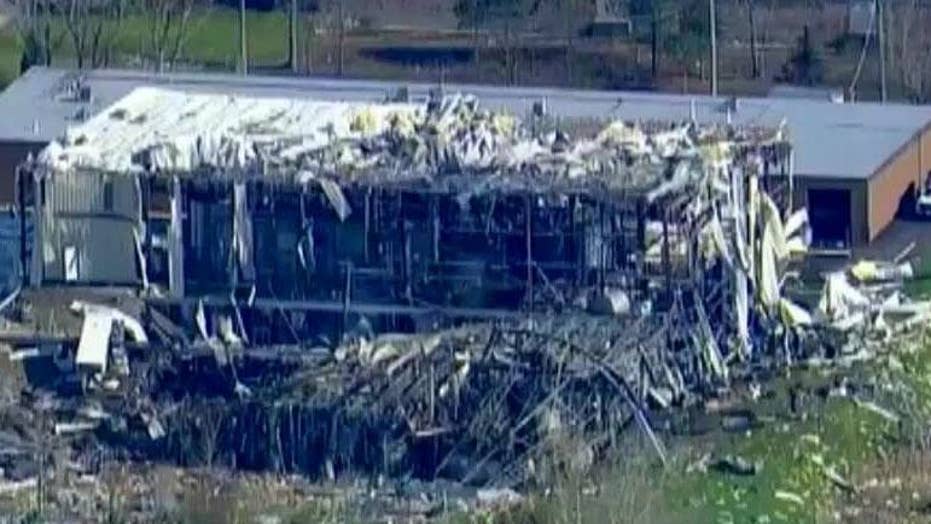 Officials say that it could be days before they can enter the plant to determine what went wrong.

At least one person was killed and two more are presumed dead following the massive explosion on Friday night at an Illinois silicone factory, officials said.

The AB Specialty Silicone factory in Waukegan, about 50 miles north of Chicago, was hollowed out Saturday morning as rescue teams suspended the search for two missing employees due to concerns over the stability of the remaining structure.

Officials recovered the body of one employee who died. Four more employees were taken to the hospital and two others declined treatment.

Emergency personnel work at the scene of an explosion at AB Specialty Silicones on Sunset and Northwestern Avenues on the border between Gurnee, Ill., and Waukegan on Saturday. The explosion happened Friday night. (John Starks/Daily Herald via AP)

Waukegan Fire Marshal Steven Lenzi said that it was unlikely that the two missing employees survived the explosion.

"The conditions are really rough in there," he said. "There's a lot of damage. There was a lot of fire throughout."

Lenzi said that rescue efforts were called off and crews wouldn’t resume the search until the remaining parts of the plant are torn down.

Investigators have not determined the cause of the explosion. The factory, which operated 24 hours a day, mixed chemicals and other materials to make silicone.

At least five buildings nearby were damaged, with glass on windows and doors shattering, Lenzi said.