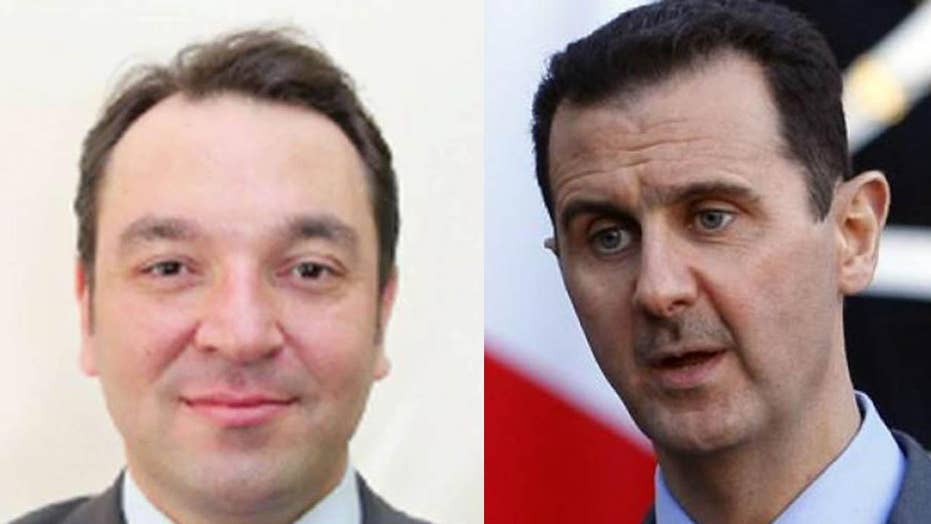 Student speaks out on 'Fox & Friends' against hiring of former Syrian diplomat.

A former Syrian diplomat who represented the regime of President Bashar Assad during the country's tumultuous civil war has landed a teaching job at Rutgers University in New Jersey, sparking outrage from human rights groups.

Mazen Adi joined the school's Political Science Department as a part-time lecturer in 2015, according to his LinkedIn profile.

Before joining New Jersey's flagship public university, Adi served as a diplomat and legal adviser at the Permanent Mission of Syria to the United Nations in New York.

On Monday, the the monitoring group UN Watch called on the school to fire Adi "on grounds that as a Syrian diplomat and legal adviser he justified the war crimes of the genocidal Assad regime."

Adi is scheduled to teach a class on international criminal law and anti-corruption in spring 2018.

"While serving as a Syrian delegate and legal adviser at the UN, Mr. Adi systematically acted as an apologist for the mass murder committed by the Assad regime against his own people, helping Syria to win impunity at the UN to conduct continued war crimes," the organization said.

Rutgers officials told The Algemeiner newspaper, who first reported on Adi's employment, that its “faculty members enjoy the same freedoms of speech and expression as any other individual in this country.”

“Rutgers will not defend the content of every opinion expressed by every member of our academic community, but the University will defend their rights to academic freedom and to speak freely,” the school said.

UN Watch has launched a petition urging Rutgers to dump Adi, which had gained over 600 signatures as of Wednesday.