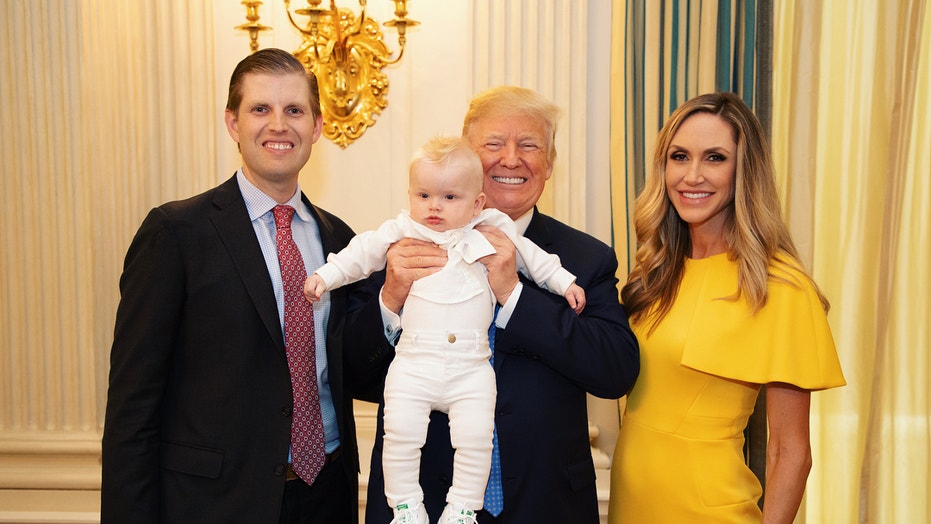 President Trump is now a grandfather for the 10th time.

Eric Trump posted a photo of the new family of four to Twitter on Tuesday morning.

President Trump tweeted about his granddaughter on Tuesday afternoon.

“CONGRATULATIONS @EricTrump and @LaraLeaTrump, on the birth of Carolina Dorothy Trump,” he wrote. “So proud!”

Eric Trump tweeted just before midnight on Monday about the birth of their second child, saying, “@LaraLeaTrump and I are excited to welcome Carolina Dorothy Trump into the world. We love you already!

He also posted a photo of his baby daughter to Instagram.

Eric Trump, 35, is executive vice president of the Trump Organization. Lara Lea Trump, 36, serves as a campaign adviser to the president.