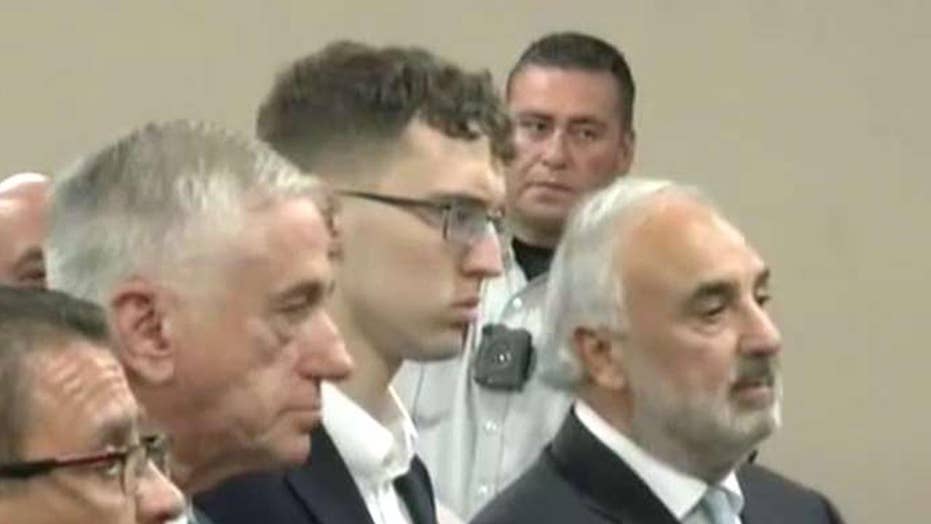 The 21-year-old man accused of killing 22 people when he opened fire at a Walmart in El Paso, Texas on Aug. 3, pleaded not guilty to capital murder charges at his initial court appearance Thursday.

Patrick Crusius walked into the courtroom wearing a dark suit, white shirt and glasses. He was sworn in, waived the reading of his indictment and pleaded not guilty. The entire hearing lasted less than three minutes.

Around 80 members of the public crammed into the courtroom on the top floor of the El Paso County Courthouse to witness his first appearance. A handful wiped away tears as Crusius pronounced his plea. The crowd included a delegation from the Mexican Consulate. Eight Mexican citizens were killed in the attack and most of the victims had Hispanic last names. One person killed was a German citizen who lived in Ciudad Juarez, across the border from El Paso.

Prosecutors allege that Crusius drove more than 10 hours from his hometown of Allen, near Dallas, to carry out the shooting, which also injured 24 people. Officials say two injured people remain in the hospital.

Authorities say Crusius surrendered to police, saying "I'm the shooter" just blocks away from the scene. He also told them he was targeting Mexicans who frequented the busy Cielo Vista shopping center, according to an arrest warrant affidavit. Investigators also uncovered a manifesto published hours before the shooting that he allegedly wrote "in response to the Hispanic invasion of Texas."

Authorities said that the writings indicate a “nexus to a hate crime."

Local prosecutors have said they will seek the death penalty. Federal authorities are weighing capital murder and hate crime charges. The Department of Justice has called the shooting an act of domestic terrorism.

Crusius is being held without bond in an El Paso jail. He has been on suicide watch since shortly after his arrest and is separated from other prisoners.