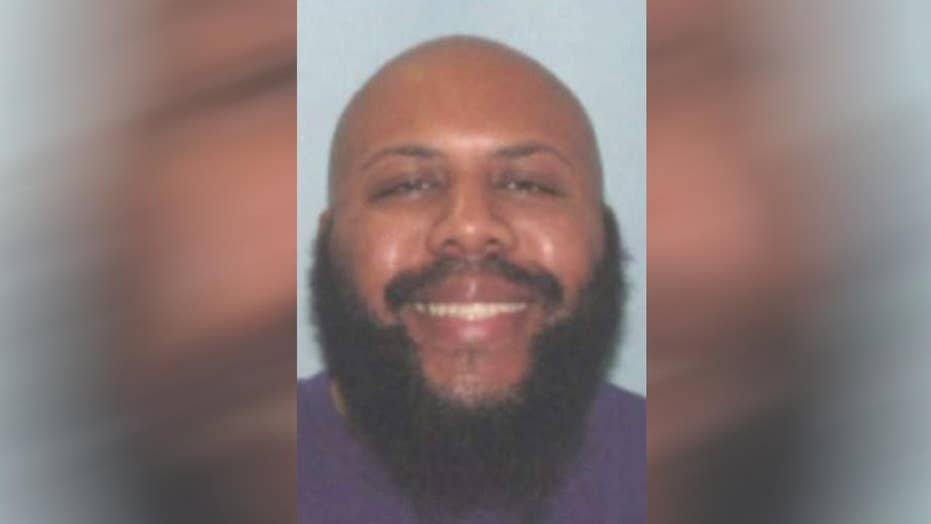 Cleveland cops on Sunday were hunting a suspect who they believe shot and killed an elderly man in a horrifying Easter afternoon attack – that was brazenly broadcast live on Facebook.

"We know who he is, and he will eventually be caught," Cleveland Mayor Frank Jackson told a news conference late Sunday.

Video of the killing, captioned "Easter day slaughter," was posted Sunday afternoon for about three hours before being taken down. In the video, Stephens said he "snapped" over a woman.

"This is a horrific crime and we do not allow this kind of content on Facebook," a spokesperson for the social media giant said in a statement. "We work hard to keep a safe environment on Facebook, and are in touch with law enforcement in emergencies when there are direct threats to physical safety."

Stephens later posted another video of himself talking on the phone about at least 13 other murders he claimed to have committed.

"And I’m about to keep killing until they catch me," Stephens said.

Despite the suspect's claims, Cleveland Police Chief Calvin Williams said that Stephens has not been connected to any other murders apart from Sunday's shooting in the Glenville neighborhood, east of downtown.

"We need Steve to turn himself in," said Williams, who told reporters that investigators have sifted through "hundreds of leads" since the murder. "We need to bring this to a conclusion today."

FOX8 reported that Stephens is believed to be driving a white Ford Fusion with temporary tags. He is described as standing six feet, one inch tall and weighing 244 pounds. Police say Stephens should be considered armed and dangerous.

A spokeswoman for Beach Brook, a children's mental health facility in Cleveland, confirmed that Stephens was a case worker there, but had no further details.

The FBI's Cleveland field office said it was assisting Cleveland police in the investigation, as was the Ohio Bureau of Criminal Investigation.

Sunday was not the first time Facebook Live has been used to broadcast violence or death. In January, four people in Chicago were arrested after they allegedly beat and taunted a mentally disabled man live on the social media site. Then in March, a 15-year-old Chicago girl was apparently sexually assaulted by five or six men or boys on Facebook Live, and none of the roughly 40 people who watched the live video reported the attack to police, authorities said.