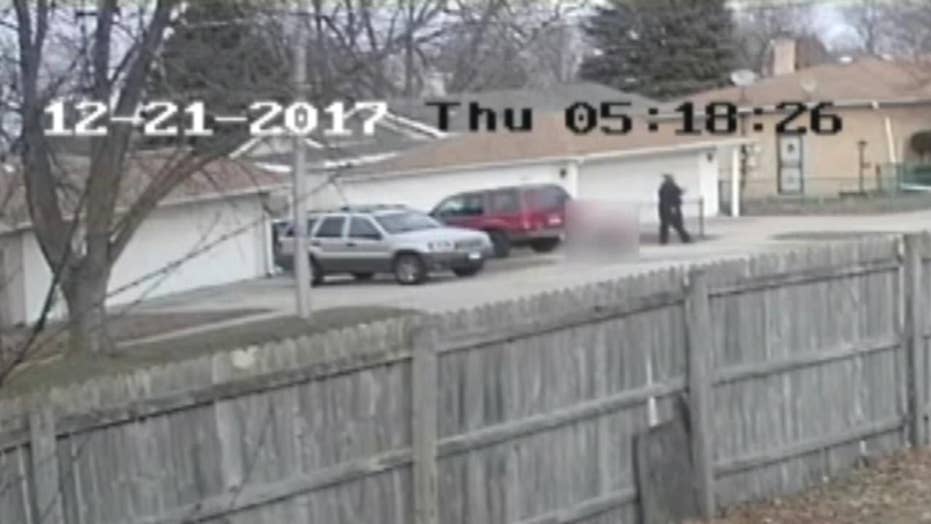 FBI Chicago is seeking information from the public.

Dramatic video of a child being kidnapped off a street last month in a suburb of Chicago was released Friday by the FBI as charges were filed against an Indiana man.

The FBI's Chicago field office said the incident took place on Dec. 20 around 3:30 p.m. in Calumet City, located about 30 miles south of Chicago. Investigators did not reveal the girl's age.

In the video, a man identified by prosecutors as Bryan Protho is seen standing near a red SUV in an alley as a young girl who is blurred in the video walks by him on the sidewalk.

An image taken from video surveillance released by the FBI that captured the kidnapping of a young girl in Calumet City, Ill. (FBI)

Protho is then allegedly seen grabbing the girl, putting her in the car, and then driving away from the scene.

The U.S. Attorney's Office said in a news release on Friday that Protho then parked the vehicle in an alley and assaulted the child.

The young girl was then able to escape and flag down a passing vehicle. Prosecutors said the driver who stopped for the girl then contacted law enforcement.

The FBI noted that the time stamp on the video released Friday displayed the wrong date, but captured the December kidnapping.

Protho, 38, of East Chicago, Ind., was arrested on Dec. 27 and charged Friday with a count of kidnapping and remains in federal custody, the U.S. Attorney’s Office said. He will next appear before a judge for his arraignment on Feb. 20. and faces a maximum sentence of life in prison.

The FBI's Chicago bureau said they released the video as part of an ongoing investigation to see if the vehicle may be connected to any other crimes.

Anyone with information regarding the vehicle or suspect seen in the video is asked to contact the FBI Chicago Field office at (312) 421-6700 or chicago@fbi.gov.