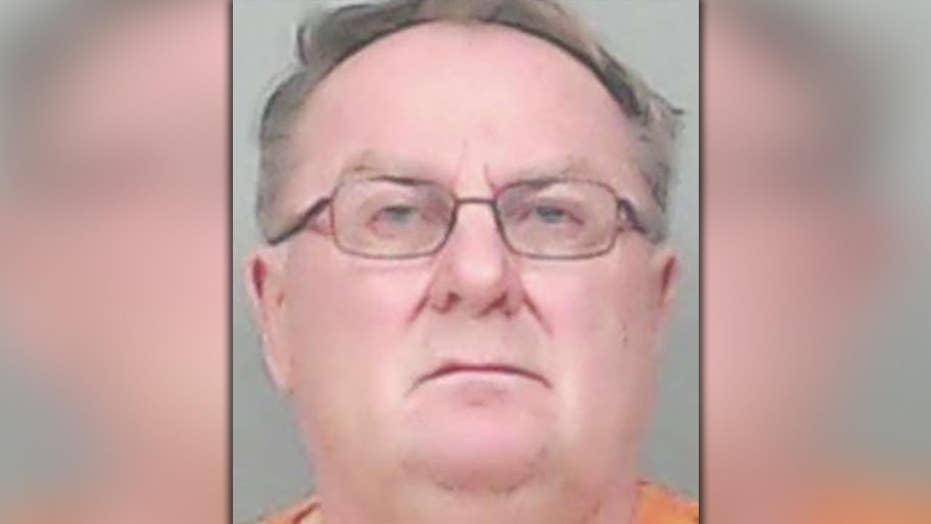 Iowa resident Jerry Burns is charged with first-degree murder in the 1979 killing of 18-year-old Michelle Martinko after new technology links his DNA to the crime scene.

Thirty-nine years to the day that a woman was killed and left in her family's car in the parking lot of an Iowa mall, officials announced Wednesday a suspect was arrested in her murder after DNA at the crime scene was reexamined.

The Cedar Rapids Police Department said Jerry Lynn Burns, 64, was arrested at his job in Manchester after "persistent and determined" investigative work that included a scientific DNA analysis for the killing of Michelle Martinko.

"The family never gave up hope that this case would be solved," Cedar Rapids Police Chief Wayne Jerman said. "Today’s announcement makes it clear that this Police Department and our investigators never gave up on this case either."

Martinko was 18 when she was found dead in the parking lot of the Cedar Rapid's Westdale Mall shortly after 4 a.m. on Dec. 20, 1979. The teenager had driven to the mall to shop for a new winter coat the previous day following a school banquet.

Jerry Lynn Burns was arrested in the 1979 killing of Michelle Martinko.

After her parents reported her missing at 2 a.m., police discovered the teen's body in her vehicle about four hours later. The medical examiner's office said the teen was stabbed at least 8 times and had wounds on her hands, which indicated she fought her killer, according to The Des Moines Register.

Investigators had worked to solve the case for decades, and on Oct. 2, 2006, investigators announced new evidence, the suspect’s DNA, was developed in the case.

"Clothing worn by Martinko was later analyzed by the DCI Crime Laboratory and blood was found that did not belong to Martinko," according to a criminal complaint filed Thursday by the Linn County Attorney’s Office. "A partial male DNA profile was developed from this blood stain and fewer than one in one hundred billion unrelated individuals would have this same profile."

The DNA was uploaded in the Combined DNA Index System (CODIS), a national database that houses DNA profiles developed from crime scenes. After not being able to receive a match, investigators sought the services of Parabon NanoLabs, a company that specializes in DNA phenotyping.

Partnership with genetic genealogy has helped law enforcement across the country solve a number of years-old cold case murders and rapes.

Parabon recently told Fox News it has used crime scene DNA and GEDmatch to identify suspects and persons of interests in 25 cold cases and one fresh case and turned the names over to law enforcement agencies who paid for the research.

The company produced a composite sketch of an associated person of interest based on DNA trait portraits and allowed Cedar Rapids Police to release the image on May 16, 2017.

Investigators in Orlando, Florida have made an arrest in a cold case using DNA and a genealogy database.

After releasing the image, police said that they continued to pursue information until Jerry Lynn Burns was eventually identified as a suspect from DNA evidence.

"I am very appreciative of the work of our investigators and their persistence with this case, including the use of the latest technology that can aid in the investigation regardless of how long ago the violent act occurred," Kerman said.

Burns, who told police he could offer "no plausible explanation why his DNA would be found at the crime scene," made an initial appearance on Thursday in Linn County District Court where he was charged with first-degree murder.