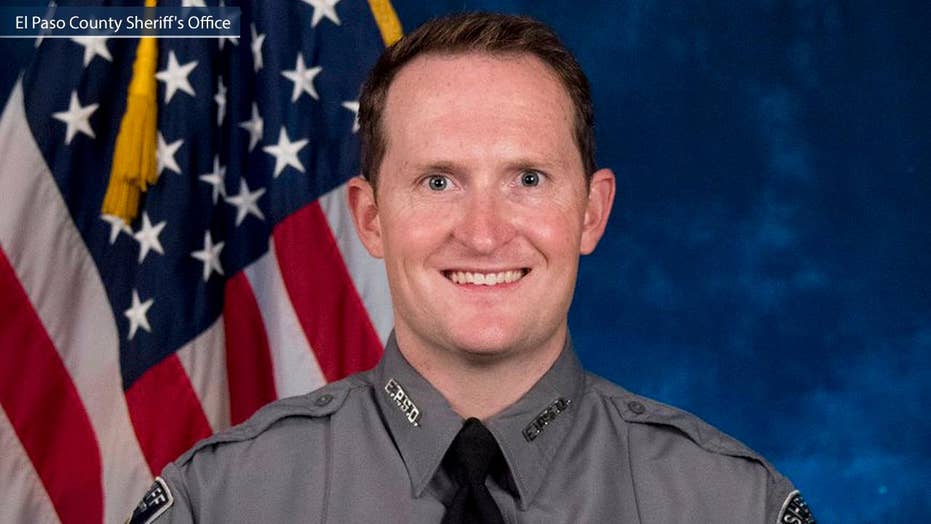 Colorado deputy shot, killed in the line of duty

The fatal shooting of Deputy Micah Flick is the third member of Colorado law enforcement to be killed in a little over five weeks.

One deputy was killed and three other law enforcement officers were shot in Colorado Springs on Monday, investigators said.

Deputy Micah Flick, with the El Paso County Sheriff's Office, was shot while investigating a motor vehicle theft, officials confirmed. Monday was his 11th anniversary with the department, and he left behind a wife and 7-year-old twins.

Police confirmed the suspect — who has not been identified — died at the scene.

A Colorado Springs police officer who was shot is in surgery and in stable condition. Two other sheriff's deputies were shot, but their conditions were unclear Monday night.

Flick, a 34-year-old who was called an "outstanding member" of the department, is the third sheriff's deputy shot and killed in the line of duty in the state of Colorado since Dec. 31.

Sen. Michael Bennet called the incident a "senseless act against law enforcement who put their lives on the line to protect our communities."

Gov. John Hickenlooper said that following Flick's death, "there's no denying the grave impact this sequence of shootings is having on our state."

"We will once more come together to provide sympathy and strength for the deputy's loved ones and pray for those injured," Hickenlooper said in a statement. "However, we must also come together to say enough is enough. We want each officer, every deputy, to know we are grateful for their service."