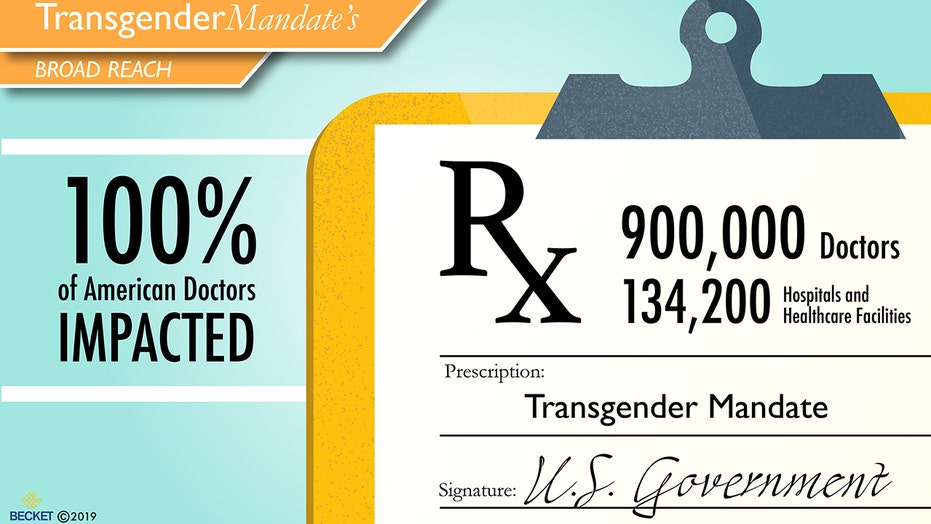 A federal court in Texas ruled Tuesday that doctors across the nation are not required to perform gender-transition surgeries if they go against their medical judgment or religious beliefs.

The decision by U.S. District Judge Reed O'Connor reversed a mandate from the Obama administration that required a doctor to perform gender transition procedures on any patient, including a child, even if the doctor believed the procedure could harm the patient, or otherwise face penalties and legal action.

In December 2016, six months after the mandate was issued, two different federal courts ruled the policy was an unlawful overreach by a federal agency and likely a violation of religious liberty. The rulings were in response to two lawsuits against the "transgender mandate" filed by an association of over 19,000 health care professionals, nine states, and several religious organizations.

Becket argued the "transgender mandate" issued by the Obama Administration would affect every doctor across the nation, violating their conscience and beliefs. (Becket)

Becket Fund for Religious Liberty, which argued against the government, calls the new decision a "huge victory" for religious freedom.

“It is critically important that doctors are able to continue serving patients in keeping with their consciences and their professional medical judgment, especially when it comes to the personal health choices of families and children,” Luke Goodrich, vice president and senior counsel at Becket, told Fox News in a statement.

“Doctors cannot do their jobs if government bureaucrats are trying to force them to perform potentially harmful procedures that violate their medical and moral judgment," Goodrich said.

In May 2019, the Department of Health and Human Services (HHS) released a proposed new rule which would fix the transgender mandate and keep the federal government from interfering in decisions that should remain between doctors and their patients, but the previous rule remained on the books while the proposal was being considered.

Becket pointed to research, backed by HHS, which shows there are significant risks with gender reassignment therapy – especially in childhood – such as heart conditions, increased cancer risk and loss of bone density. According to studies presented by Becket, fewer than one in four children referred for gender dysphoria continued to experience that condition into adulthood.

The government's panel of medical experts concluded these therapies can be harmful and advised against requiring coverage of these medical and surgical procedures under Medicare and Medicaid, which were exempt from the mandate.

“Today marks a major victory for compassion, conscience, and sound medical judgment,” Goodrich added. “Our clients look forward to joyfully continuing to serve all patients, regardless of their sex or gender identity, and continuing to provide top-notch care to transgender patients for everything from cancer to the common cold.”