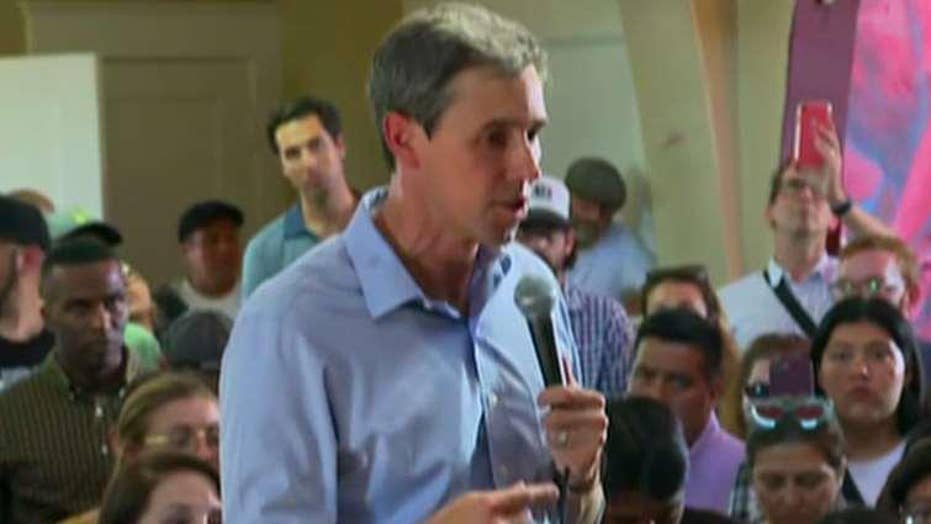 2020 hopeful Beto O'Rourke tells a CNN town hall that any institution that denies the rights of Americans shouldn't get tax breaks.

When the former Texas congressman was asked if religious institutions -- "colleges, churches, charities" -- should be stripped of tax-exempt status Thursday night by CNN anchor Don Lemon during the LGBTQ town hall, he immediately responded, "Yes."

The crowd erupted in applause before O'Rourke further explained.

"There can be no reward, no benefit, no tax break for anyone or any institution, any organization in America, that denies the full human rights and the full civil rights of every single one of us," he said. "So as president, we're going to make that a priority, and we are going to stop those who are infringing upon the human rights of our fellow Americans."

In O'Rourke's "Plan to Pursue Equality for LGBTQ+ People and Ensure They Can Live Openly Without Fear of Discrimination or Violence," he lists reversing the Trump administration's "attempt to expand religious exemptions in order to enable discrimination or harm others."

He adds, "Freedom of religion is a fundamental right, but it should not be used to discriminate."

Matt Lewis, CNN political commentator, tweeted out, "This isn't going to help win the electoral college. If you wonder why so many Christians are willing to hold their nose and support someone as horrible as Donald Trump, this helps explain it."

Luke Goodrich, vice president and senior counsel at Becket, a religious liberty law firm, called it "blatantly unconstitutional," adding "it's also foolish because those groups provide billions of dollars in essential social services to their communities. Churches and ministries should be allowed to hold centuries-old beliefs without fear of government retribution."

And Hiram Sasser, general counsel for First Liberty Institute, told Fox News their faith-based organization has taken on the government before.

“When the  Obama IRS came after pastors gathering together in conferences with Rick Perry support traditional marriage, we had to defend the pastors,” Sasser said. “We beat the IRS then and we would do it again if O’Rourke attacks churches with the IRS in the future.”

President Trump has championed religious liberty, largely winning the evangelical vote in 2016, and earlier this year, his administration launched a global effort to decriminalize homosexuality.